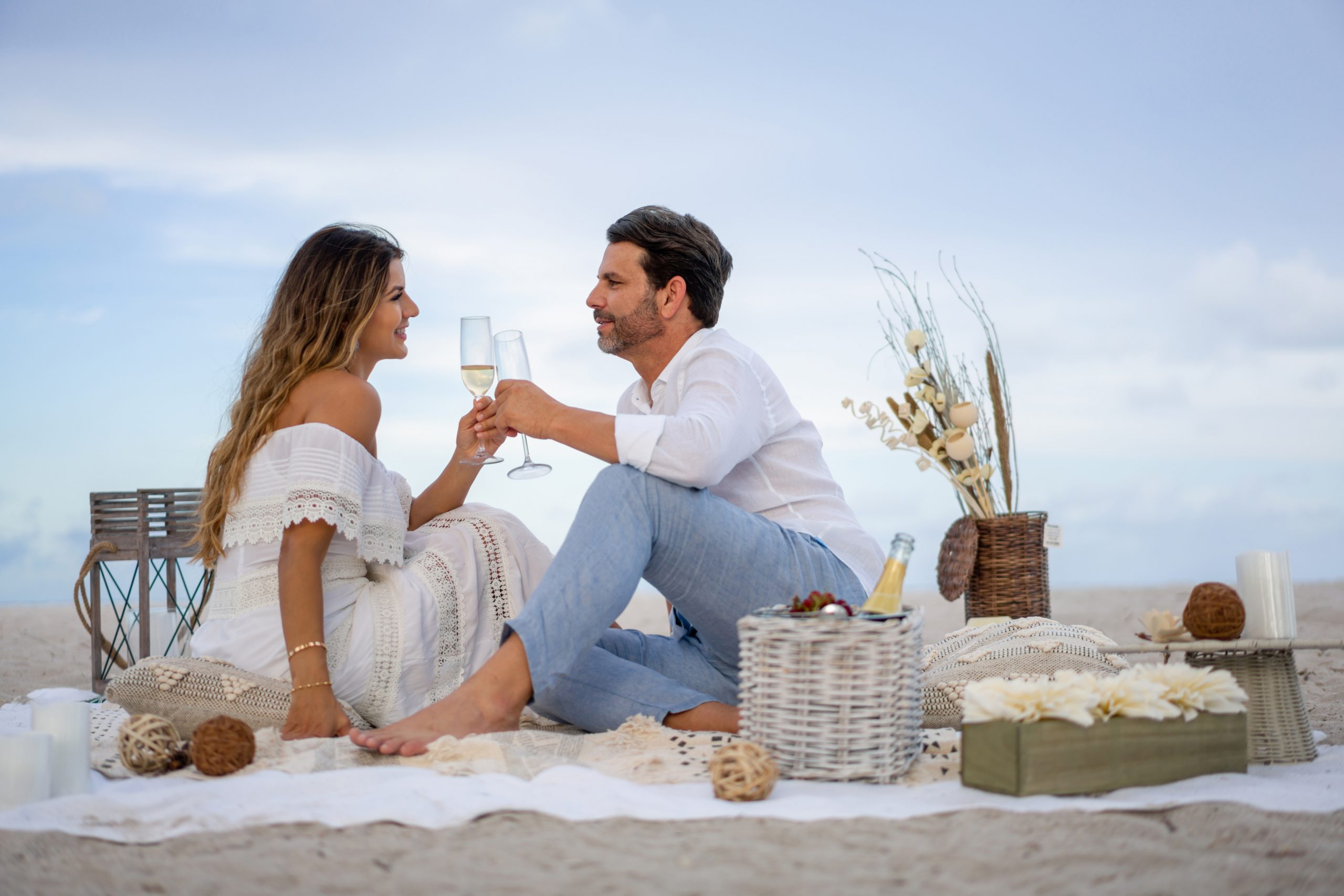 Be honest with him about your current intentions.

Guys aren’t always the best at reading cues and they are prone to misreading them.

He has a feeling you like him romantically and he has been acting with the intention of seeing where that leads.

When you aren’t quite ready to pursue a romantic relationship with a guy, he must be informed of that early.

When you don’t do this early, he is going to keep thinking that you are on the same page as he is in terms of wanting a romantic relationship.

Though you are open to that possibility, your current mindset isn’t stuck on wanting romance.

This separates the both of you.

Telling him early on keeps him from becoming so discouraged that you risk an unwillingness on his part to even pursue a friendship.

A guy becomes really excited about a woman the more he gets to know her and take her out on dates.

Not long after a few good dates, he starts really thinking about the prospect of making her his girlfriend.

You shouldn’t let him reach this point.

Let him know you want to be friends first from the start.

That is always the best way to approach this.

In letting him know from the start, you keep him from becoming so excited about the prospect of becoming your boyfriend that the prospect of slowing down to see how things go as your friend just feels impossible.

You catch him early, so that he doesn’t get lost in the clouds with romantic expectations.

Clearly, in your particular situation, you didn’t catch him early.

Some dates have transpired between the both of you and now he wants to take things further.

You didn’t let him know about wanting to be friends first from the start and now, unfortunately, he is of the mind that you want him as your boyfriend.

Not that having him as a boyfriend isn’t possible, you are just not ready for that kind of relationship at the moment.

If you truly believe that there is romantic potential here, but you just want to take it slow by being friends first, you need to let him know that.

Giving him a lifeline to romance keeps him from becoming so disappointed that he no longer feels capable of continuing a relationship with you.

Again, since you took longer than you should have in letting him know that you just want to be friends first, he has created a lot of romantic anticipation.

You don’t want to let the air out of the tire without a spare.

Basically, he needs to feel like there is a good chance that romance is possible with you even though you want to be friends first.

This sense of hope is what gives you the best chance of keeping him around.

Now that you have let him know you want to be friends first, don’t expect him to keep asking you out with the same frequency as he once did or to even be paying for the dates as often.

At least, for the foreseeable future.

You are going to have to step up in initiating messages and arranging to meet up.

Just for a while.

Until, he has gotten over the initial disappointment of not being able to move this relationship towards romance as quickly as he would want.

Then he should start initiating again.

Don’t allow it to get to the point where you are doing all the initiating and arranging of dates.

Keep flirting with him.

By flirting, a guy feels encouraged in knowing that there is still physical attraction.

Wanting to be friends first shouldn’t mean that sexual innuendos go out the window.

To keep him romantically interested while simultaneously cultivating a friendship, he needs to keep believing that the physical attraction on your part is still there.

Once he gets the sense that there is still romantic opportunity here and has had some time to process the disappointment in not being able to move this relationship towards romance quicker, he is able to be more patient and stick around longer.

Don’t wait too long though.

There should come a point where you know whether you want to pursue romance with him or not.

Let him know when you have reached that point.

Keep yourself from stringing him along.

If you reach a point where you believe you are better off as friends than lovers, just let him know without delay.

Sometimes, women delay divulging this information because they fear losing the friendship.

This attitude only increases the chances that you lose his friendship because he would feel like you strung him along.

Instead, being honest about having reached a point where you believe a friendship is what you want, puts him at a place where he is appreciative.

You didn’t string him along.

Many guys remain friends with girls who make this decision because they believe she respected his time.