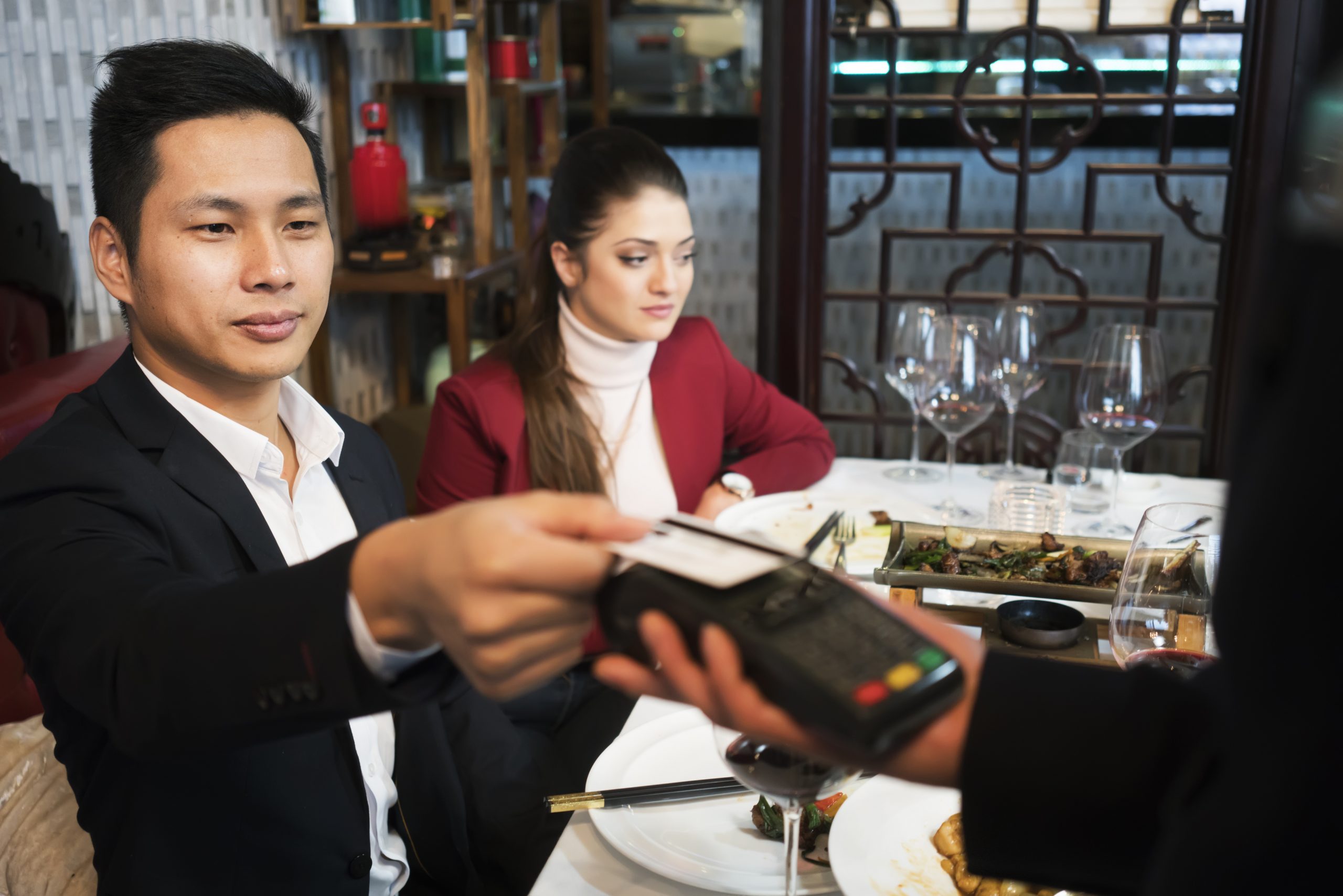 Not the scene you were hoping for.

On a first date, everything has been good so far, maybe a little awkward at times, but fine.

The thought of going on another date with him is certainly there.

If anyone has been awkward, it has been mostly you.

Nerves are all over the place.

He did a good job in making you feel comfortable today.

No doubt, you won’t feel anywhere near as nervous or awkward on the second date.

Waiter returns with his card.

The moment you see the anxious look on the waiter’s face, you know something is wrong.

Perhaps the most dreaded words one would want to hear when out at a trendy restaurant on a first date.

Your date looks quizzical, makes some comment about getting in touch with his bank under his breath, and reaches for his wallet.

He hands off another card to the waiter who smiles and leaves.

An awkward silence as both you and your date find it hard to keep eye contact.

You don’t know who did it first though.

Something about a trip he went on last year.

This time, he doesn’t look a little anxious, he looks irritated.

“Sir, this card declined too.”

Another quizzical look in your date’s face as he starts reaching for his wallet again.

Meanwhile, you keep playing with the one pea left on your plate with your fork.

Minutes go by and he is still fidgeting with his wallet.

Then it hits you.

He doesn’t have another card.

You have got be kidding me.

He looks at you.

“Um, so sorry about this Jenna. Would you be so kind to help with the bill. I don’t know why my cards are declining.”

This can’t be happening.

Those perfectly lacquered lips that took you several minutes to perfect as you prepared for the date, twist and pucker in your attempt at showing a polite smile, while reaching for your handbag to find your wallet.

At this moment, you are enraged.

What a cheap motherf…..

God curse the day you were born.

What I would give to kick you in the b….

Releasing as best a smile as you can, you tell him you are fine and hand him your card.

Outside, your date tells you to text him when you get home to let him know you got home safe and you muster a stuffy smile.

By the time you are alone, either in your car or a rideshare, you are calling and screaming to any friend available at the time, lambasting your date about what went down.

Listen, it’s well within your right to be upset about what just happened, but stop for a moment and take a breath.

Congratulations, you handled the situation correctly.

Instead of causing a scene or allowing an awkward situation to only get worse, you took care of the date.

Now, before going to a Shaman and requesting he curse your date to wake up in the morning covered with a thousand painful puss-filled boils all over his face and body, all isn’t lost.

Remember that everything was actually going well until his card declined.

Since you are just beginning to get to know this man, you have no history of deceitful behavior to help you determine whether this is who he is.

Until his card declined, he was a perfect gentleman and you were even thinking about going on another date with him.

It’s possible he had no idea his card would decline.

Banks do decline cards when they suspect suspicious activity.

In this case, it could just as easily have been a false alarm as it could have been some criminal out there trying to use his credit card information for personal gain.

If you are worried that he is broke, it’s not like he is going to be able to pull this off again.

You think he is going to keep asking you out on dates just to have you keep paying each time as his credit cards continue to decline?

That would be asinine.

So, if he calls or texts you asking for another date, give him another shot.

A guy who is truly genuine is going to make up for what happened in spades.

And one day, after months of a blissful committed relationship, you both joke about that one time you were on a first date and his card declined.