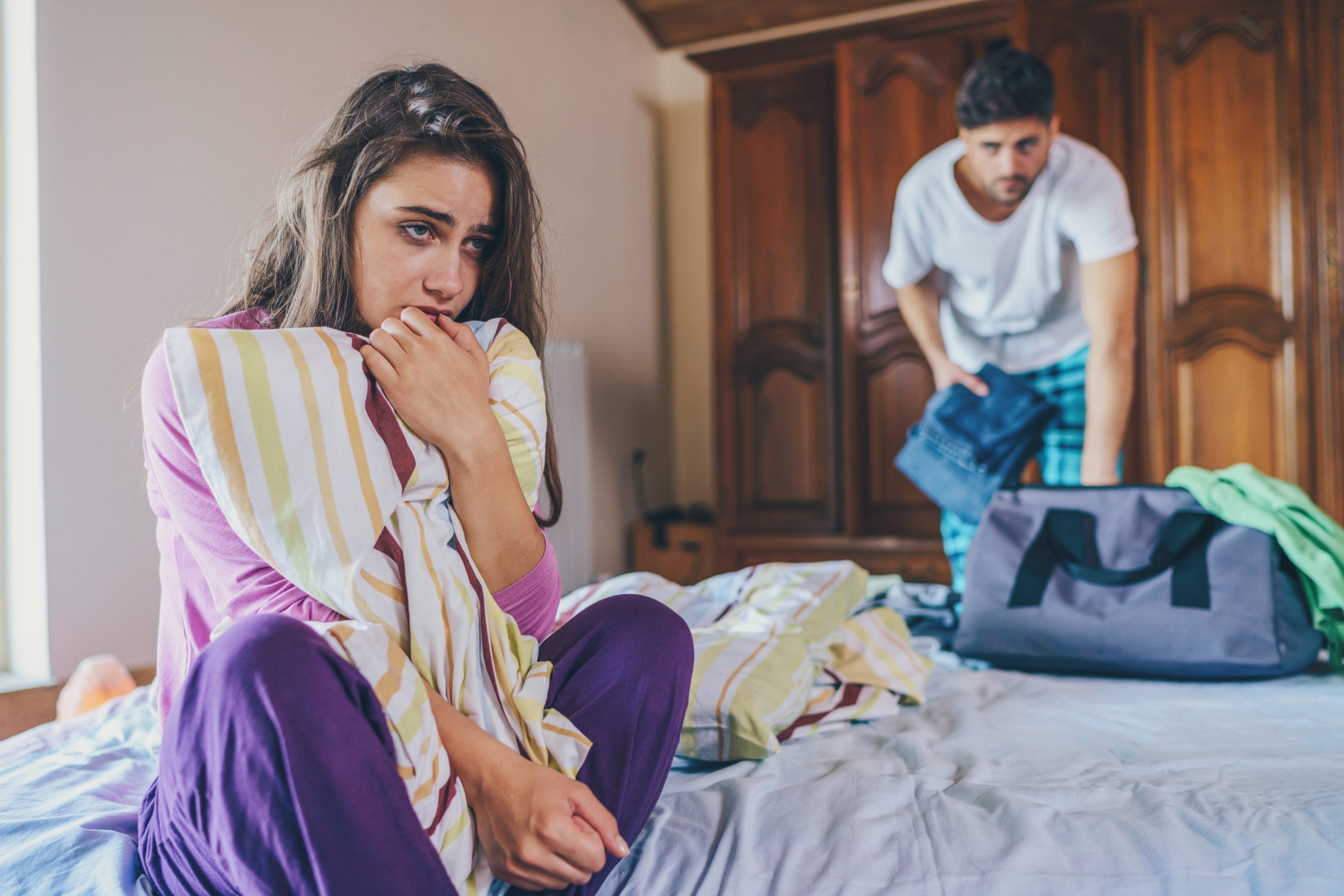 For you, it’s perplexing.

You can’t imagine leaving someone you truly love.

This is near and dear to your heart.

A boyfriend who repeatedly claimed he loved you, left you.

The relationship wasn’t toxic or abusive.

Fully aware of the importance of making compromises in a relationship, you did all that.

Over and over, you showed him that he mattered to you and was someone you loved.

Amid all that effort, and his continuous claims that he loved you, he still chose to leave you.

Once the tears gradually stopped flowing as much, you couldn’t help but wonder how he was capable of doing this.

He said he loved you up until the last day he chose to leave you.

To add insult to injury, as he broke up with you, he was saying he still loved you.

If that was all true, then how is it possible for someone to leave someone else they claim they love?

Wouldn’t they want to do everything in their power to make the relationship work?

Wouldn’t the prospect of losing the person they have repeatedly said they love be so unappealing and terrifying, they are willing to do whatever it takes to fix whatever the issues are within the relationship?

You don’t remember your ex-partner ever truly trying to fix things.

Not with any real effort.

If anything, you were the one who was trying to figure out what was going wrong, asking him to talk to you about it, to no real avail.

So, how is it possible he was able to leave so easily after all the times he would tell you he loved you during phone calls and when you were both with each other physically?

Was it all a lie?

If so, how can someone be so cruel and callous as to lie about their feelings for a partner?

It’s understandable you have all these baffling thoughts in regards to love.

Knowing the effect love has on you when in a relationship, it’s impossible for you to imagine that someone who truly loves another would leave them without at least putting out a herculean effort to save the relationship.

There is a difference between love and infatuation.

People in exclusive relationships often get the two misconstrued.

Telling you that he loved you repeatedly was something he believed at the time.

Just like so many other people who have been in his position in ending a relationship while in the midst of proclaiming their love for a partner, they were infatuated with said partner more so than anything.

A mistake you are making is in thinking that someone choosing to get into an exclusive relationship with you and repeatedly telling you they love you, means they actually do.

Commitment isn’t always a true indication that you are loved by your partner.

At the start of a relationship, a person’s body releases a lot of feel-good hormones such as dopamine and serotonin.

These are known to promote feelings of happiness, well-being, excitement, even euphoria.

These feelings are profound.

You went through them intensely as well.

These are the feelings that make a partner believe they have fallen in love with you, when in fact they are merely responding to those chemical reactions in their body.

The reason why you never misconstrued those initial feel-good chemical reactions as love is because you have had experience in this department before.

You actually know the difference between being in love and being infatuated.

Think about when you were a teenager and you had your first crush.

At that time, you thought you were in love with that handsome jock with those gorgeous blue eyes.

That was the dopamine talking.

It took experience for you to learn that there was actually a phenomenon at play here.

Infatuation is like a drug that gives you a quick high.

Once you experience it, it only lasts for so long before it begins to fizzle out.

When there is nothing else there to replace it with, it eventually dissipates.

When a deeper emotional connection doesn’t develop from infatuation, there is nothing to keep the feeling going.

For you, you noticed that unless you were connecting with a guy on a deeper mental and emotional level, the high you experienced from being into him would normally dissipate after some time.

This is where you realized that all you were really feeling for the guy was infatuation.

Infatuation is what starts all of this.

It needs to then transition to a deeper emotional connection in order for there to truly be a chance for authentic love to develop.

Many people still get stuck on the initial feeling of infatuation believing that to be love.

Based on that, they don’t really do the work in building a deeper emotional connection with their partner.

If your partner hasn’t truly dedicated themselves to building a true emotional connection with you, once the dopamine or serotonin wears out, they are done.

That’s why it feels so unnatural to you that your ex-boyfriend would keep saying he loves you right up until the moment he breaks up with you.

For people who haven’t matured in relationships or learned from them, they easily misconstrue infatuation for love.

You learned there was a difference between the two some time back.

Many other people, such as your ex-boyfriend, haven’t.

Sometimes, their unwillingness to grasp how short-lived the stage of infatuation is has a lot to do with a reluctance to get off that rollercoaster ride.

You know that at some point in time, you have to get off the rollercoaster and get back to real life.

This is analogous to where you are no longer on that high and instead you are working on building a deeper emotional connection with your partner, which isn’t always as pleasant as the stage where you are infatuated them.

This is where the real work is done as you discover the not-so-great facets of your partner’s personality and they do yours.

Your ex didn’t want to enter this stage.

It would mean the fun was over.

This is why you would find it difficult for him to open up to you sometimes or simply be more expressive with certain issues.

He didn’t want to move into this stage.

He didn’t want to get off the rollercoaster.

He wanted to stay on it seemingly forever.

As rollercoasters do, the ride must end.

Forced off the rollercoaster, he is off to the next one in the hopes of reigniting another high.

That was your ex’s motivation in breaking up with you.

The rollercoaster ride was over and he was hoping that in ending the relationship he would soon find another high.

People who often get into a new relationship soon after an old one has ended are the ones who are chasing that high.

They are the ones who often misconstrue infatuation for love and when the reality that they are no longer feeling that high sets in, they are desperate to find a new high.