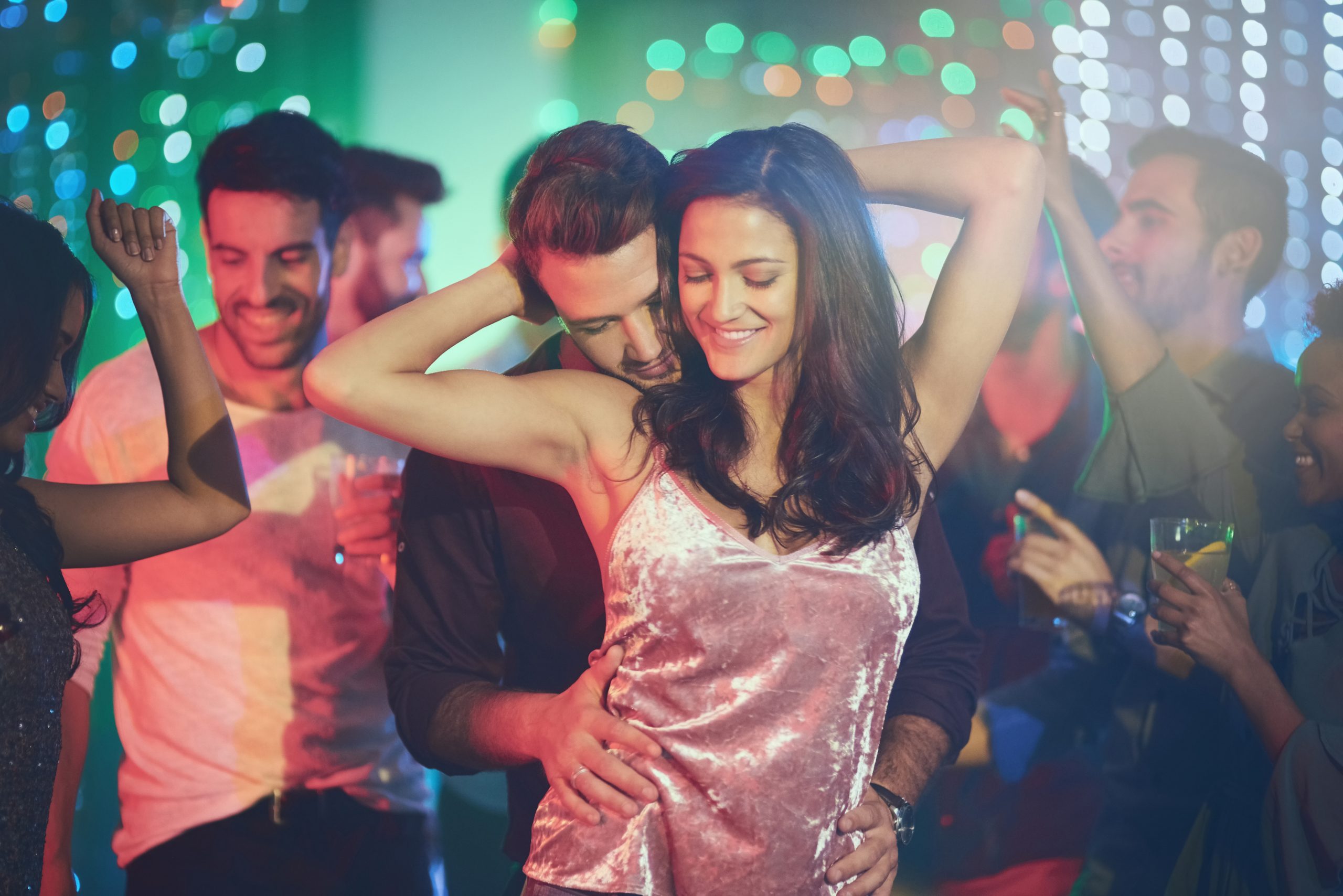 Getting attention from men in social environments like clubs and parties isn’t your problem.

If anything, you get a bit too much attention.

The ego boost you get from it is astounding, especially given how some of your other girlfriends struggle to get the attention of guys in these social environments.

The other night, you locked eyes with a gorgeous guy at a club and he approached you.

You both danced with each other.

He couldn’t keep his eyes off you and you were elated.

The chemistry was so electrifying, neither one of you really danced with anyone else for the rest of the night.

He even bought you drinks.

For sure, this guy was going to ask about taking you home, whether it be to his place or yours?

Surely, this would be the occasion?

A last call is made by the DJ for drinks as he begins to spin the last song of the night.

You both keep dancing until the music stops, the lights come on and exhausted patrons start leaving the club.

Gorgeous guy tells you he had so much fun and gives you a quick hug.

Then he disappears in the melee of people who are heading for the exits in search of his buddies.

The same buddies he’d been ignoring all night as he danced and danced with you.

Yet again, you meet a guy at a club or party event that you have a seemingly strong sensual connection with, you both spend a significant amount of the night together, just to have him leave you once the music stops and the lights come on.

Girls often complain about men wanting to take them home at the end of the night to sleep with them.

For once, you would actually love it if a guy asked you to come home with him.

Yes, maybe you have reached the end of your rope with the constant starts and stops.

When it feels like a guy you just met at a social venue is connecting with you and much more is to come, only to have it end without anything so much as even a social media information exchange, you can’t help but reach a point where you are open to being asked back to his place.

At least, that extends the conversation.

Instead, everything so abruptly ends when the venue closes.

Aren’t you worthy enough to at least get to be asked back to his home?

As you head out of the club, hearing some of your girlfriends complaining about how many men tried to get them to come back to their place only makes you that much more self-conscious.

You know it can’t possibly be the way you look because you never have any trouble attracting guys when you are at these social venues.

The problem is getting them to want more than just a good time at the club, dancing with a pretty girl.

It’s not that you want to go home with every man that connects with you at a club on a Friday night, but you have reached a point where you would entertain at least one guy making such a move.

You are tired of walking out empty-handed when some of your girlfriends have their smartphones clogged with new phone numbers from guys they met at the club who want to take them out.

The answer to your issue is staring at you in the face.

The ones who are constantly being asked back to the guy’s home or who have guys repeatedly asking for their numbers in an attempt to ask them out on a date in the near future.

How are they able to do this?

You need to observe what they do when they are at these clubs or social venues.

When you do this, you are going to notice something you have been missing all along.

Whether it be one of your girlfriends or some other random girl you don’t know who has succeeded in getting a guy to ask her back to his or her place or exchanged phone numbers with her, something these girls have in common is their ability to disappear from the dance floor for stretches of time.

Think back for a moment.

How many times have you been in the throes of dancing or even hanging around some of the girlfriends you came to the club with and noticed that you haven’t seen your friend Jessica in a while?

You start looking around through the crowd of gyrating bodies on the dance floor and she is nowhere to be found.

No, Jessica isn’t in the bathroom inebriated and puking her lungs out.

She is talking to some guy she was connecting with on the dance floor.

They aren’t in the main lobby of the venue.

They have moved to somewhere a little quieter and away from the main crowd.

This is when she truly has his optimal attention.

There aren’t as many girls or any of his buddies to distract him.

This is where they both really get to sink their teeth into each other, figuratively of course, to get to the bottom of what this chemistry that they are both experiencing is about.

Is it merely physical or is there more to it?

This is what you need to do when you go to these social venues.

Don’t let it only be about dancing and chatting at the bar as he is in the process of buying you a drink.

At a certain point during the night, perhaps as he is handing you another drink, lead him away from the noise.

Take him somewhere at the venue that is quieter and less crowded.

This is how you sequester his attention.

Once you do this, he has no distractions.

He even gets a little bit of a preview of what it would be like if he were to ask you back to his place by getting a little more touchy-feely with you.

Or, you both just talk and really get a better read on each other.

Either way, this is how you get him to start looking at you as something more than just a pretty girl he gets to dance with at a club until the music stops and the lights come on.

This is where his curiosity and excitement about you truly starts piquing and he feels the need to extend the night by either asking you back to his place or asking you out.