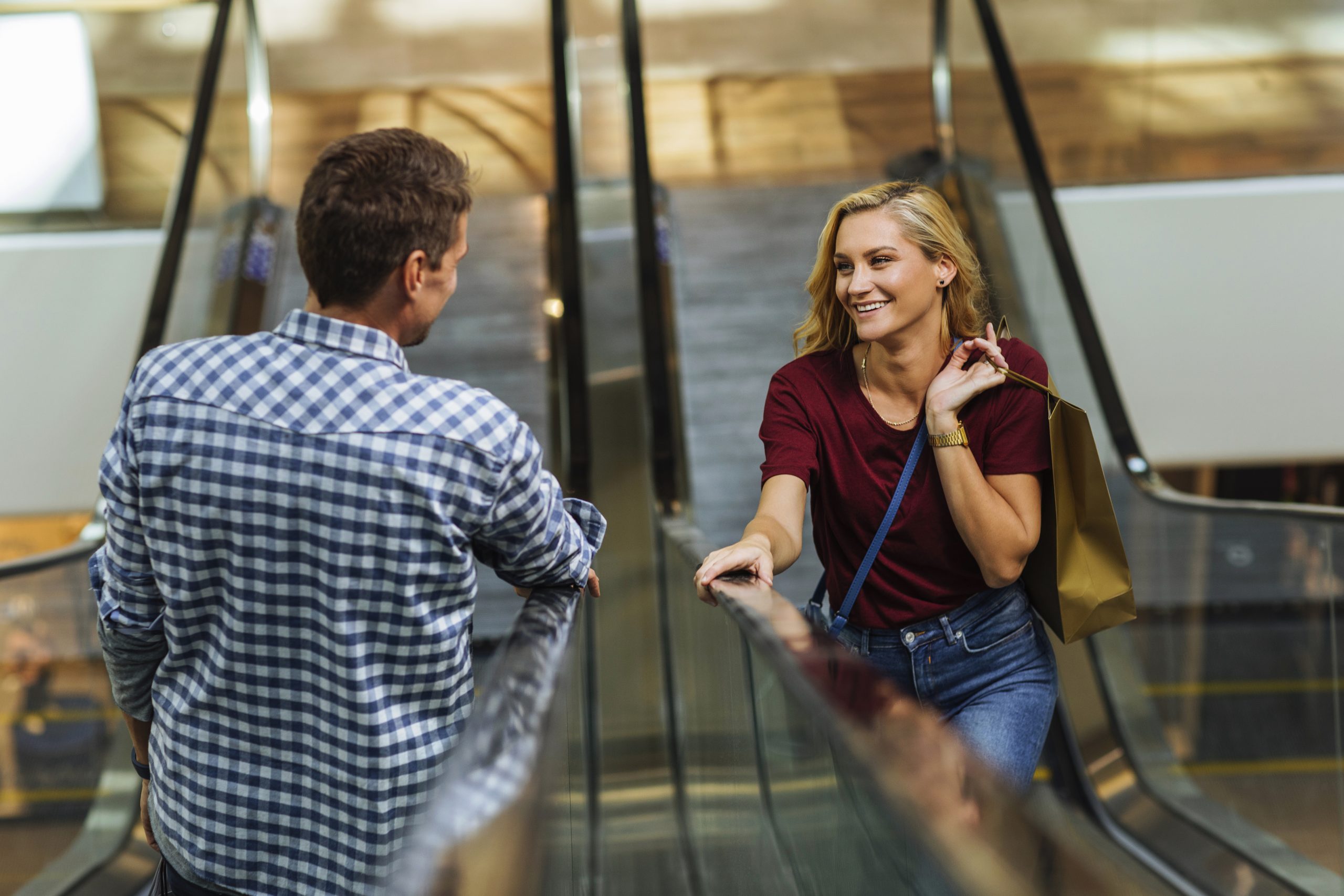 Time and time again, it happens.

Never do you encourage it, and yet, it never fails.

Minding your own business, walking in a mall or shopping at a department store, some guy starts talking to you.

Soon, the conversation segues from asking your opinion about some decor item he is thinking about purchasing to flirting.

Already intrigued by him, you reciprocate.

You see the wedding ring on his finger.

The sound of a tin can being stumped under someone’s foot enters your mind.

A little crushed, you try to keep your composure.

But he notices that your body language has shifted.

He quickly ends the conversation and heads off.

Now you can’t help but think there must be a bulls-eye on your back when it comes to married men approaching you.

This is no longer mere chance.

The last occasion that a married man approached you was even more soul-crushing.

He wasn’t even wearing a ring.

After a truly enjoyable conversation, he delivers the soul-crushing line, “If I weren’t married, I would ask you on a date.”

Just like that, the temporary trance is eliminated. It fizzes out much like the air coming out of a tire.

These moments are becoming too commonplace.

As a single woman, it feels like the carrot is getting dangled in front of your face only to be ripped away at the last minute.

Why is it only married men who approach you?

As far as you know, there is nothing you are overtly doing to garner the attention of these married men.

Yet, like clockwork, they are the only ones who approach you when you are in public.

Why are you such a beacon for these married men?

The reason for this normally has to do with either the location you are in or an emotion you have triggered.

Starting with location, where are you when these married men approach you?

Wealthier neighborhoods attract and are normally inhabited by men with money and status.

These are men who are typically married.

Were you at a high-end grocery store?

A high-end department store or mall?

A fancy restaurant or bar where drinks cost the equivalent of the average person’s hourly wage a few times over?

A high-end sports or country club where the single guys who are mostly waiters and staff serve the married men?

When you go to places like this, you are going to get approached by more married men.

Once in their playground, they look at you as fair game.

A sense of ownership and entitlement is often felt by men who frequent these high-end spots.

When an attractive woman happens to be in it, he feels the need to partake in her company.

His confidence level is brimming because he is in his element.

Spotting your presence, the effect is that of a lion spotting a prey.

This is the lion’s kingdom and the prey has strayed.

He knows you are out of place.

You seem a little awkward.

Maybe you are at this location out of curiosity, akin to the homegrown country girl in the big city.

There is a sense that this environment isn’t your everyday playground.

The fact that you seem to be doing a lot more window shopping than buying further buttresses this perception.

He moves in knowing that a woman like you, sensing a successful guy, would be receptive to him.

Sure enough, you are.

But, the lion is only playing with his prey.

He has no intention of eating it, he is merely chasing it around to get a kick out of his power.

When you are responding positively to all the flirting he is doing, he is getting a kick out of the attention.

Then, the lion is done playing.

He bids you adieu, leaving you baffled as he walks away from the high-end store he approached you in, satiated.

All it is was a practice in hubris.

A way for him to feel empowered in his territory.

Now, he is going back to the wife at home who has been waiting for the expensive piece of clothing he just purchased for her.

In situations where you were approached by married men and you weren’t at a high-end location, so much of that often has to do with an emotional trigger that was set off upon seeing you.

Before we get to this, we must address the elephant in the room.

Although there are a lot more single guys in this type of environment that isn’t high-end, they are too reticent to approach you.

You can thank or curse online dating or social media for that.

In this day and age, a lot more single guys would much rather approach or be approached by women online than take a risk on approaching a woman in real life who could reject them.

Online is just so much easier and rejection feels a lot less harsh. So much less personal, given the nature of cyberspace.

That leaves the married man.

He has seen you and you have set off an emotional trigger.

The way you were dressed or how you carried yourself.

In this instance, approaching you would be a brief escape from the monotony of his married life.

So much about how you present yourself reminds him of his wife in the early days.

The days where it felt like the passion would never cease.

But alas, it since has.

Talking to you gives him a refresher on what that initial passion felt like.

It can only be for a few minutes though, his wife is expecting him home for dinner.

In this scenario, he is not so much a lion but more like a cat purring.

In this moment, while talking to you, he feels better than he has felt in a while.

The party must end though.

His wife and dinner awaits.