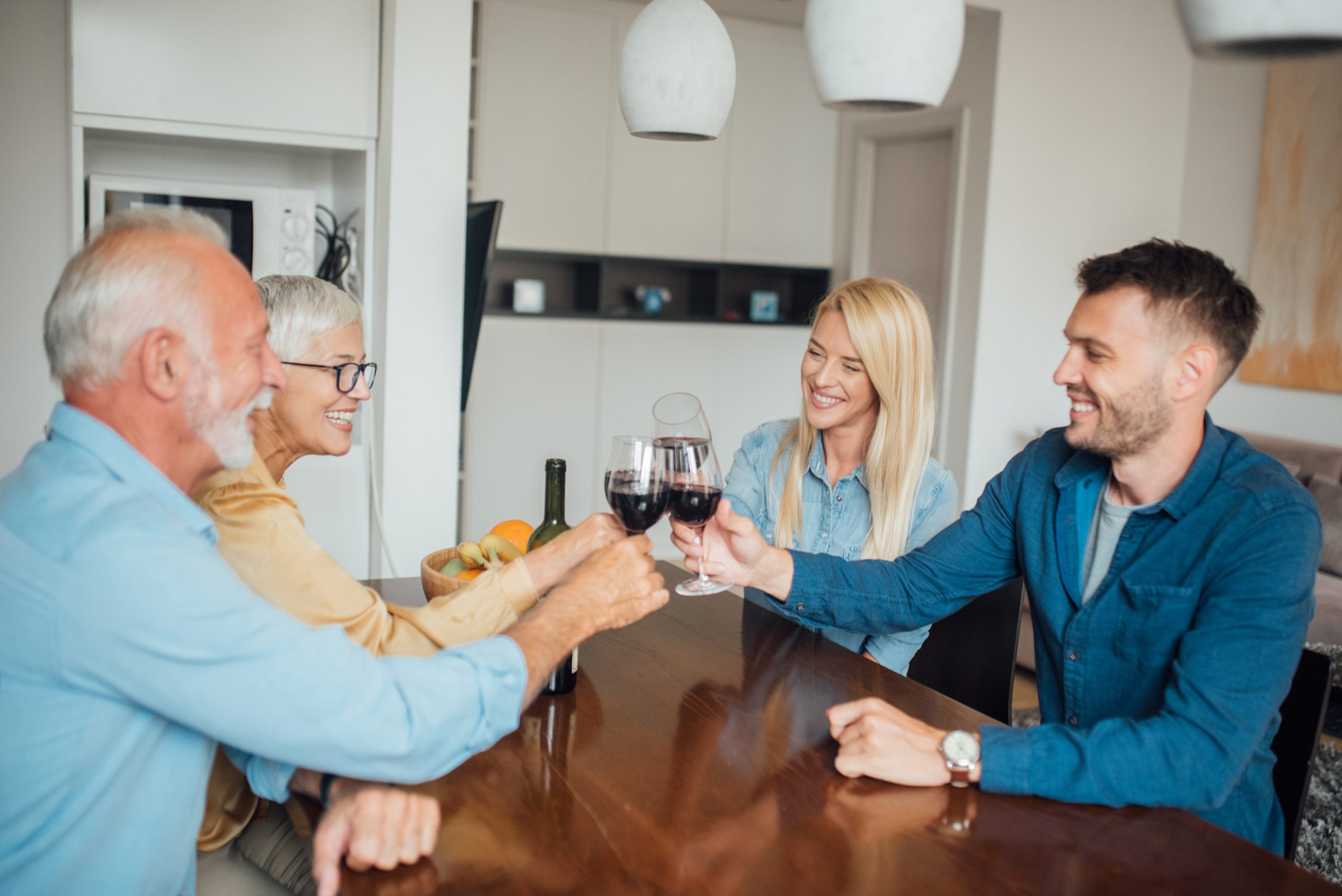 Wanting to meet your family and friends is normally a good sign that a guy is serious about you.

It’s not a home run though.

This is where so many make the mistake of thinking they are on their way to that long-term serious relationship.

Don’t start celebrating quite yet.

Meeting your family and friends is an opportunity for him to gauge them.

Irrespective of what you have told him about them, he wants to find out for himself.

Are they good people he gets along with?

Looking for him to put a ring on your finger right away?

Don’t let this scare you, but, people have lost their boyfriends upon his meeting their family and friends.

This is just the reality.

He wants to learn more.

Experience more with them.

The more important you are to him, the more he is willing to give them more time if they rubbed him the wrong way upon meeting them initially.

The seeds of doubt have been planted in him though and he does worry.

Not to your face.

Things have been going too well between the both of you for him to want to make you feel like something is amiss.

So, he keeps it hidden.

Mental notes have been taken and he watches to see whether your family and friends repeat the behavior that unsettled him when he first met them.

In your mind, everything went well. He seemed to like them and said some nice words about them after the fact.

You go on with the relationship believing that you can indeed start measuring those draperies you are going to put in the first home the both of you live in together.

Weeks or months go by, he meets up with some of them a few more times, and his decision is made.

Unbeknownst to you, he knows he won’t be able to stay with you for the long term.

How on earth could he when he can’t stand how your father speaks in such a condescending nature?

The thought of spending Thanksgiving days with your mom constantly talking about how much she loves Jesus, terrifies him?

Oh, and your good friend, Jennifer, he can’t stand her either.

The last few months spent meeting up with her ever-talkative self and her loudmouthed, obnoxious boyfriend has been enough to make him want to puke.

Having to deal with her and her man for the rest of his life is, again, vomit-inducing.

Okay, your situation isn’t necessarily this grave, but you get the point.

Your man is going to make an assessment of your family and friends and often make a decision on whether to take you seriously for the long term based on what he discovers.

The mistake so many people make is in talking up their family and friends.

Not a negative word is mentioned.

It makes sense why.

You don’t want this person who has the potential to be your lifelong partner to get worried about your family and friends.

With everything you have, you want them to get along with those you love.

Embellishing your accounts about them sets you up for potential failure as far as how your partner looks at them.

Thinking he is walking into a world of like-minded people, he experiences differences that make him uneasy, laying into question why you spoke so highly of them.

No one wants to lose their partner over family and friends who rub them the wrong way.

Instead of setting the expectations high, be honest about who they are.

Talk to your partner about their shortcomings.

Let him know your dad has a tendency to talk over everyone.

Let him know your mom quotes some bible verse every few sentences when in conversation with someone.

Let him know your best friend and her partner are a handful and even you sometimes have a hard time getting them to shut up.

Prepare him for all of this.

Although the natural inclination is to talk them all up, don’t.

The people who go on to have long-term relationships with a partner, even after that partner has met some bad apples in their family and friend circle, are often the ones who were open and honest with their partner about what to expect.

Now, I know I have scared you little bit.

You were so happy with this new development of your partner wanting to meet your family and friends.

Take solace in knowing that this almost always is a very good sign that he intends to get serious with you.

But, don’t leave anything to chance.

Prepare him for what he is about to walk into and give yourself a better chance of keeping him around for the long term after the fact.