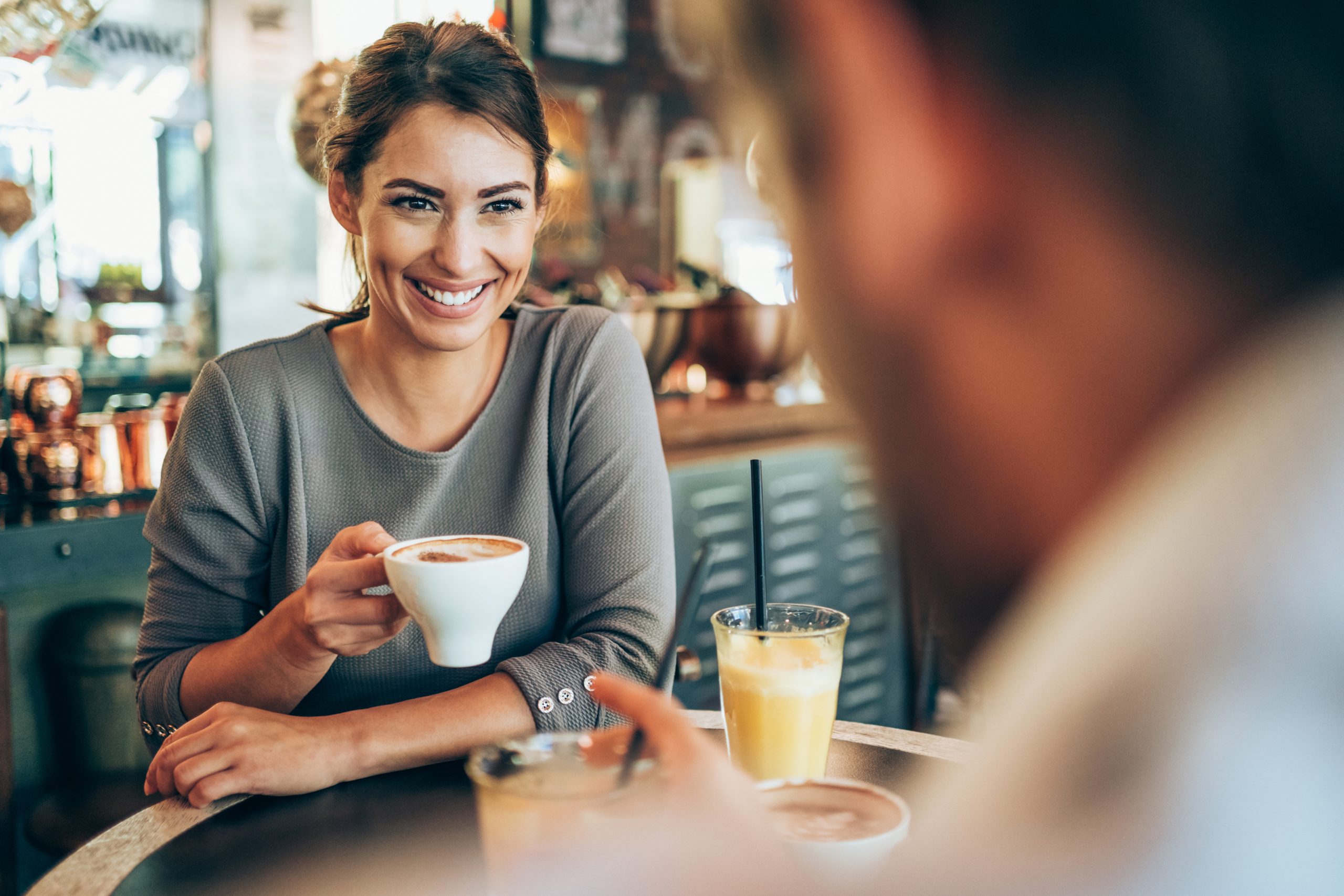 It depends on the relationship you have had with him so far.

A guy you are friendly with and flirted with in the past on a fairly regular basis, looks at this request to get coffee as a date.

He sees this as a way of you escalating the relationship and moving it to the next stage.

A guy that you barely know but you are fairly friendly with, and you haven’t flirted with, sees your request to get coffee as a means by which you are trying to become more acquainted with him.

He doesn’t necessarily look at it as a date.

He has his suspicions, but isn’t sure.

A guy you just met, of whom you have built absolutely no rapport with, sees your request to get coffee as you asking him out on a date.

A guy knows a woman wouldn’t just ask a stranger out to coffee without a degree of romantic interest.

This one is pretty straightforward, so we don’t have to expand on it.

Now, let’s assume this is a guy you are friendly with, have flirted with in the past and now asked him to get coffee.

He knows you are looking to escalate the situation.

Being romantically interested in this guy, you need to approach the coffee date with this in mind.

Oftentimes, a girl becomes a little conservative when she has asked a guy she likes romantically to get coffee.

This is especially true if this is something she isn’t used to doing.

She puts so much energy into asking the guy to get coffee that she clamps up on the day of the coffee date.

Don’t be that girl.

Even if this is a guy you have been friendly with and flirted with in the past, he wants to see what you do on this coffee date.

Yes, he suspects that you are escalating the relationship but at the same time, he doesn’t want to be presumptuous.

By clamping up at the date, he is going to wonder why you aren’t being as forthcoming as you normally are.

If anything, he was expecting you to show him even more of your personality during this coffee date.

The most the both of you have had up until this coffee date have been short-lived moments of conversation.

Now, he gets to experience your personality over an extended period of time in one location where you can both focus on each other, instead of constantly meeting each other while you are both on the go.

This is your opportunity to let him see more of your personality and this then makes him that much more willing to show more of his.

This is how you both figure out whether all those looks you have been giving each other and all the flirting in passing truly equates to real life chemistry.

Asking him to get coffee is asking him out on a date.

Give him an opportunity to see your true personality and what you are made of.

If you don’t, you lose your opportunity with him and there are no guarantees you get another one.

The guy you barely know, have been fairly friendly with, but you haven’t flirted with, isn’t looking at this request to get coffee as a date per se, but is curious.

This means you have more of your work cut out for you in this scenario.

Conversation shouldn’t be strictly platonic on this meeting.

This is your opportunity to get him to see a part of you that he has yet to discover.

Gauge how he reacts to your attempts at flirting with him.

If he responds wholeheartedly, he is attracted to you too.

Do not clamp up and do not be overeager.

Find a happy medium between the two.

You know that he is now looking at you in more of a romantic sense when he starts initiating flirtation as the coffee meeting progresses and when you observe that his body language has become a lot more loose.

All of a sudden he is touching or holding you from time to time and leaning into you.

A response like this means he is looking forward to another meeting, and this time, he is certain it would be a date.