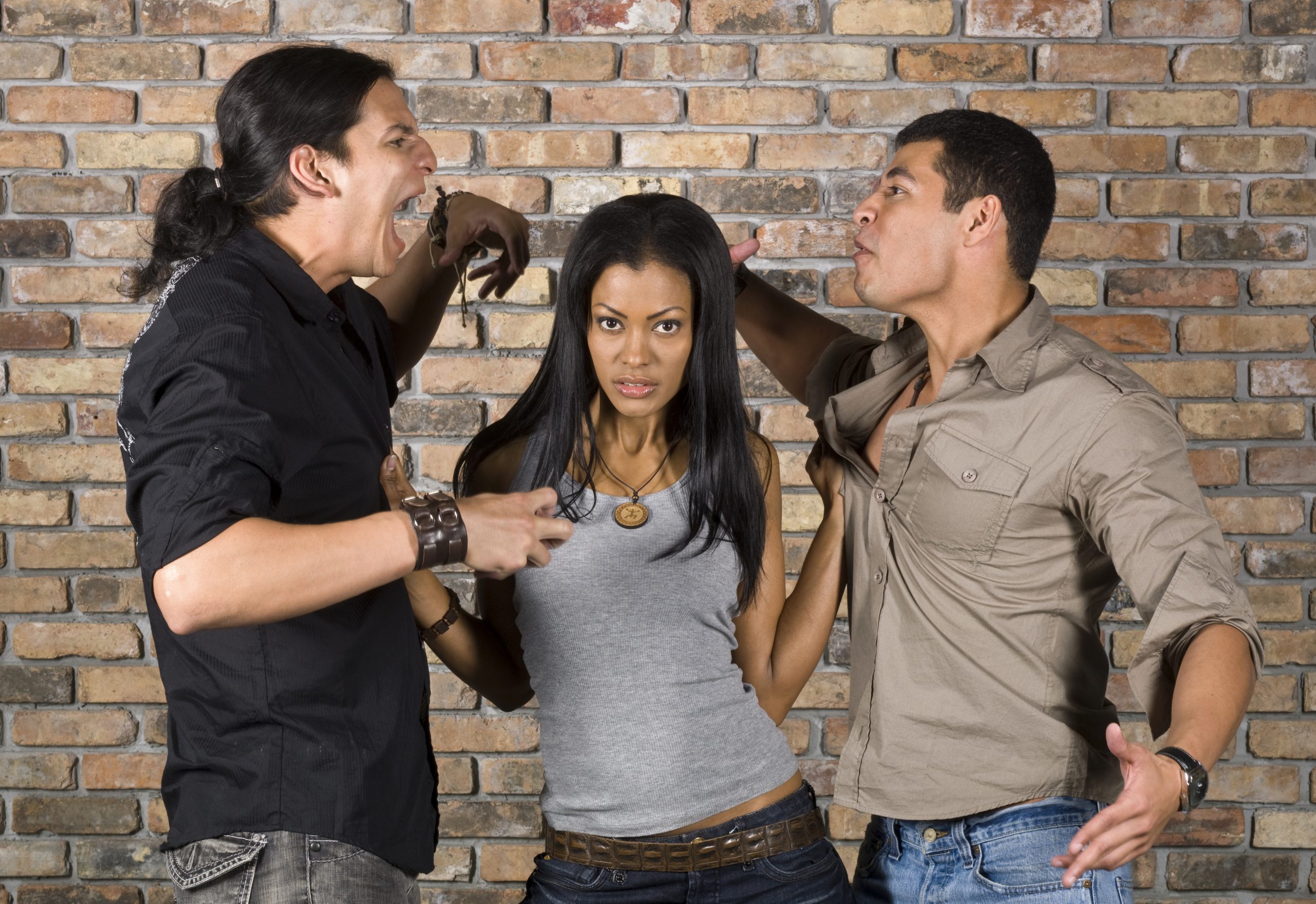 There are some guys who love knowing that another girl likes them.

It makes them feel really good about themselves, inflates their ego.

Even if they don’t like the girl romantically, they still love the sense of self-importance they experience in knowing that the girl likes them.

When another guy is speaking to the girl, especially a guy that is unfamiliar, he easily becomes possessive and angry because that guy is taking the girl’s attention away.

The new guy becomes a threat.

All of a sudden, here is a new guy that is taking your attention away and possibly making you begin to like him.

He still wants to keep experiencing the ego boost that comes with knowing that you like him.

This other guy is putting all of that in jeopardy.

When he becomes possessive and angry, he is hoping that his reaction affects you enough to get you to stop giving that guy who was speaking to you any of your attention, or any other guy for that matter.

He wants you all to himself even though he knows that he doesn’t like you romantically.

Now that he has reacted in a possessive and angry manner, you are wondering about why he behaves in this way.

You are thinking about the possibility that he got jealous at the sight or knowledge of some guy speaking to you.

You suddenly have hope.

Maybe he is going to come around and take you seriously.

You back out of allowing guys to speak to you.

You decide to ignore them, just so that you appease the guy you like.

Maybe this makes him see that you are loyal and would never go behind his back if he were to date you.

You hope that he asks you out soon.

You are left puzzled.

You made yourself believe that he had reacted possessively and angrily because he was jealous about you allowing some guy to speak to you.

His reaction was never about sending the message that he is jealous and wanting you to show him that you are loyal so that he feels compelled to ask you out.

His reaction was done out of a desire to maintain control.

He wants you to behave.

As long as he is still receiving your attention, his ego is fed.

That is all he really wants.

He has had multiple opportunities to ask you out and he hasn’t.

That points to a guy who isn’t romantically interested in you.

After all, why would a guy become possessive if he doesn’t like the girl?

He is possessive of that ego and the sense of elation he feels when he knows that you like him.