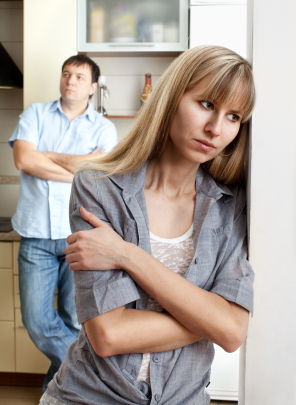 The men who become paranoid or bitter about dating women after dating a horrible woman may have given a lot of themselves to those relationships.

These were women that they may have put a lot of their trust in. That trust was betrayed in some fashion by the horrible woman and the men become paranoid and bitter.

People respond to a sense of betrayal in different ways.

Some are able to take ownership of the situation and learn from whatever mistakes that they believe they made in that relationship or in their choice of partner.

Others lay the blame on the person who was the source of the betrayal.

You may be coming across men who lay the blame for their past relationship failures on the horrible women that they have dated.

These are men who aren’t willing to take responsibility for their choices.

They don’t stop to think about why they decided to date this horrible woman in the first place.

In a good number of these cases, some of these men were merely caught up in how attractive the woman was.

That is what motivated them to continue talking to the woman.

The woman may have even given them several signs early on in their conversations that she was not someone to be trusted and yet the man continued to pursue her because of her beauty or physical appeal.

He then starts getting feelings for her only to be betrayed in the end.

Now he believes that she was a horrible woman.

Yet, she had already showed him several signs that she was someone that couldn’t be trusted throughout his courtship of her.

He just chose not to heed those signs because he was so attracted to her.

Now that she has betrayed his trust he has become paranoid and bitter about dating women.

He wants you to believe that you are just like they are.

You are just as disloyal and horrible.

You need to be careful when you put yourself around men who have this kind of approach to dating.

It is best to stay away from them.

If you choose to date them, you could put yourself in a situation where you fall for them, only to have them verbally and emotionally abuse you over and over again.

They will let you know about how horrible that they think you are.

They do this so as to release all of the built up paranoid and bitter frustration that they experienced with the previous woman who betrayed them on you.

You would then feel the need to prove them wrong by giving them everything that they want and trying to mold yourself into being the best possible girlfriend for them.

However, all that will lead to is more verbal and emotional abuse.

The harder that you try, the more they will put you down and make you feel as though you are just like the women that they have dated in the past who betrayed them.

This would truly be a battle that you just can’t win and you may end up very damaged emotionally if you kept trying.

Do everything in your power to avoid these types of men.