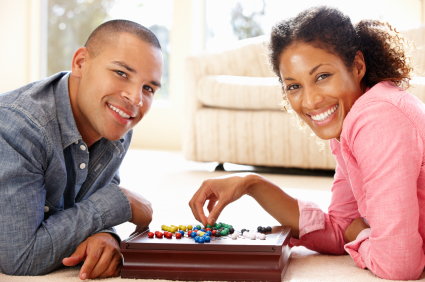 There are some guys who find it endearing that a girl just wants to spend time with him and him alone.

However, there is a limit to this.

This is where so many girls go wrong.

They make themselves believe that the guy really wants to spend time with her and her alone to the point where this is all they want to do.

They essentially want the guy to spend time with them all the time.

This is where most guys will draw the line and will go from liking you to detesting you.

Hence, you really have to know where the boundaries are.

He still wants to be able to engage in his hobbies, goals and hang out with his friends.

This is why it is important to have a balance when it comes to this.

If you notice that he is beginning to get irritated by you when you suggest spending alone time with him, you may have been taking this too far.

At that moment, it is important that you have an honest conversation with him about what may be happening.

Do not be afraid to ask him if you are being too overbearing or if you are taking up too much of his time.

This is where you can actually have an intelligent conversation with him and eventually come to a point where you both decide on what is best for the relationship as far as how often you spend time together alone.

People are often afraid to have these discussions with their partners because they worry about getting into an argument or disrupting the status quo in some way.

However, these discussions are so important because they allow the both of you to be aware of how each other feels about something in particular.

By not having discussions like these, you will both continue to operate blindly within the relationship and as a result, resentment will begin to grow and this could lead to the end of the relationship.

Something else that you should also be aware of is that there are some guys who may begin to feel that you are losing a good amount of your personality due to wanting to spend time with him alone all the time.

This may become a major problem.

You may get to the point where you are no longer engaging in the kind of activities that you used to because all you would rather do is spend alone time with him.

This can really sap the energy out of your relationship with him because he may get to the point where he feels as though the girl he once knew has disappeared.

You may not even want to engage in group activities with him the way you used to.

All of this could lead him to believe that you have become a changed person and this could actually push him away.

So, it is always best to not go overboard with spending alone time with him.

Doing so could lead to ruining a steady and balanced momentum.

Make it a good blend of alone time and leaving him to his own devices.

This is how you keep this relationship as interesting and relevant as you can.

It is also how you keep the relationship healthy and durable.