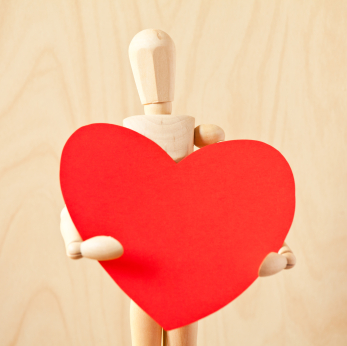 If he confessed his love for you, he is most likely seeing a future with you.

This is especially true if he has been interacting with you for a while.

Sometimes, a guy may tell you what he thinks that you want to hear in order to get what he wants from you, but he is not being sincere.

This is why it is important that you use both the amount of time that you have been interacting with this guy, as well as how consistent he has been in his behavior during that time to ascertain whether he is being truthful.

It is really important that you make this assessment first so that you don’t get too caught up in the fact that this guy has confessed his love for you.

If it has been a while since you’ve been interacting with this guy and you have noticed a consistency in his behavior, there is a good chance that he is being sincere in his confession of love for you.

A guy who truly loves you will typically be cautious about telling you that he loves you until he has seen that you are the one that he truly wants to be with and is therefore willing to take that next step in telling you.

He may have started getting this feeling of love a while back.

He may have even tried to ignore it at first but it persisted.

However, he may not have exactly known what he was feeling.

He may have even been a little bit anxious about the whole thing.

He may have just decided at that point to ignore it and just keep going with you.

However, as he goes on with you, this strange feeling that he has for you keeps growing.

At a certain point, he realizes that he may actually be getting deeper feelings for you.

This is when he may take a pause to assess what is going on.

He may wonder if he should continue on.

He may wonder if he wants to allow himself to keep going on with you out of fear that he may get himself involved in something that he just can’t handle emotionally.

This is a major point in all of this because he has a big decision to make.

He can either decide to end his interaction with you or keep going.

In your case, he decided to keep going.

That is how you have reached the current point that you are at with him confessing his love for you.

It took a lot for him to eventually come to the point where he felt so deeply for you that he decided to confess it.

He may have even been worried about doing it to the point that he may have told himself not to.

However, the state of his feelings for you had reached a point where he just couldn’t keep going without letting you know.

Hence, he has confessed his love for you.

Again, this is most likely a guy who actually sees and wants a future with you.

He really did think this through before confessing. He didn’t just make a spur of the moment decision to do it.

Hence, you have to assess whether you feel the same way for him and whether you see a future with him.

If you do, you should let him know how you feel as well.