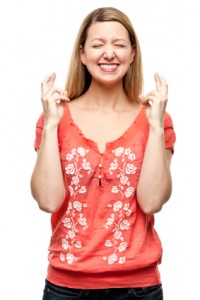 He may get back in contact with you in a few days or weeks.

However, if there has been a wide distance of time since you last heard from him, it would still not be the best news if you were to hear back from him.

When a guy is truly interested in a girl, he will typically communicate with regularity and make it a point to do so.

This is how he is able to start the process of courting the girl and trying to reassure her that he is being sincere.

He does this because he really wants to know more about you.

He wants to be a regular part of your world and ensure that you understand that he is into you.

When there are large gaps in communication, his interest in you is not strong at all.

Yes, he may still communicate every few days or weeks but you are not a priority to him.

He has been spending most of that time that he hasn’t been communicating with you doing other things that are more important to him.

He may have been talking to other girls that he is more interested in.

He may have been engaged in his hobbies.

He may have been making new friends and expanding his social circle.

He may have been on multiple trips away from town with family and friends.

In other words, he has been living his life without you in it.

When he contacts you after several days or weeks of you not hearing from him, he had a moment to spare.

He thought of you and decided to touch base with you.

He may have had a girl not follow through on a date and now he is thinking of a replacement.

He may have had a friend back out of a trip to the beach and now he is bored with nothing to do.

You are basically an afterthought to him.

This is why you should be very careful about wanting him to contact you so badly.

You may believe that by contacting you, he would be showing that he still likes you and is interested.

This is that part of you that wants him to like you so badly because you obviously like him so much.

However, you have to understand that your emotions are your own and have no bearing on his own emotions.

In other words, feeling this way doesn’t mean that he feels the same and since you can’t read minds, your best indicator of whether he is truly interested in you is in his actions.

As I mentioned earlier, when there is a decent or wide gap in communication, you are most likely an afterthought or a fourth option.

You really have to keep your thoughts under control if he does contact you so that you don’t get overly excited.

If he does contact you, you will have to understand that unless he makes a real and consistent effort to get to know you as a person and date you from here on out, he is not truly interested in you.

This is why you should always be cognizant of what you are experiencing and how your emotions are reacting to those experiences.

4 thoughts on “Will He Get Back In Contact With Me?”