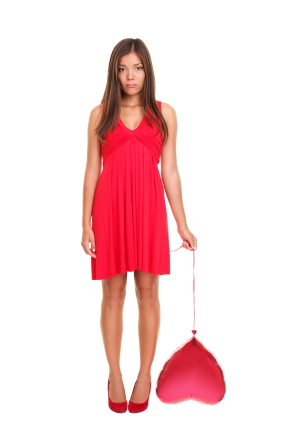 Most girls would give up on him because they would surmise that he either isn’t interested or he is already taken.

If you are good looking, there is a good chance that she has already sent you a number of signs of interest.

She may have already looked your way several times and even smiled at you.

She may have tried initiating a conversation with you out of the blue.

She may have already given you a bunch of compliments.

She may have already tried touching you from time to time.

She may have already told a number of your mutual friends about how much she likes you in the hopes that the news will get back to you.

She may have already tried dressing up sexy or putting on more makeup whenever she is around you.

She may have already made several requests to be your friend on different social media platforms.

She may have done all of these, some of these, one of these or something else.

However, in the end, she has shown that she is interested.

If you haven’t made a move on her despite all the signals she has been throwing your way, she will give up and move on.

She will assume that you are either really arrogant or you have no interest in her.

It’s really important to understand that a girl is going to be interested in you for only so long.

There is a limit to the amount of time that she will be fawning over you.

When she has put out as much effort as she can over a sustained period of time, she will get fed up and just move on.

You may get so comfortable in all the attention that you make yourself believe that you have all the time in the world, but you don’t.

She isn’t always going to be there waiting on you to make a move on her.

Remember that there are other guys out there who are also vying for her attention.

She has ignored their attention because she has been so focused on you.

However, these guys are still a temptation.

The moment she feels like her efforts on you have been worthless, her guard is going to start lowering.

She may not even realize that it has lowered.

However, all of a sudden, she is now responding to one of the guys that has been trying to flirt with her for the last several months.

She is actually finding herself flirting back with him for the first time.

She is both surprised that she is responding to him and nervous.

What is she doing?

Why is she responding to this guy who has been hitting on her for all this time?

She realizes that she actually had fun flirting with him.

All of a sudden, his image is a lot more prevalent in her mind.

Your image has moved further back.

Before you know it, she is accepting his request for a date.

You may think about making a move on her around this time but it is too late.

In order to avoid this from happening to you, you need to make a move on her now.