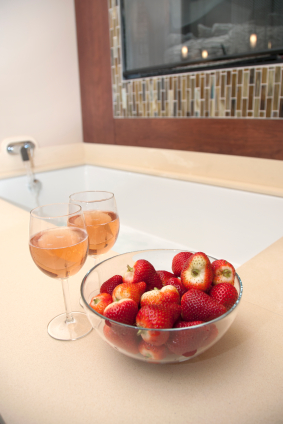 There is a difference between the two.

Though they are often mistaken as one and the same by a lot of people who engage in such relationships.

Casual dating is typically done without pressure or expectations initially. It is often used as a testing ground to see if something more serious and meaningful could come out of it.

Hence, it is initially done in a care-free manner so that both parties don’t feel like they have to commit to anything.

They don’t have to go on elaborate dates.

They don’t have to go on consistent dates.

They don’t have to meet each other in each other’s favorite places.

They don’t have to talk about the future.

There is a sense that both parties are going with the flow.

Dates can be very spontaneous without planning.

You may get a call or text from him asking you if you want to go see a movie that evening out of nowhere.

You may not have heard from him in weeks.

In casual dating, there is a sense of taking things as they come and going with the flow.

You may call him one day, after not contacting him for weeks, to take a hiking trip with you because you enjoy being in his company and you learned from a past conversation that he does enjoy hiking.

And yes, there is often intimacy involved in a casual dating relationship.

You may have no intention on going on elaborate dates with this person but at the same time, you do love having him over for dinner every so often or just to kick back and watch some movies on demand.

You don’t mind sleeping with him on these occasions but once he leaves, you may not contact him for weeks.

This is casual dating.

A friend with benefits is typically someone that you use primarily for intimacy.

You both may not even date at all.

Most of your interaction may be on social media or random texts.

There is typically no real substance to your interactions with each other.

When you do contact each other, there tends to be an undercurrent of sensuality.

There may be a lot of flirting with this person.

You tend to feel a lot freer just being more sexually expressive with this person.

Hence, most of your conversations seem to deal with sensuality in some way.

When you meet this person, it is primarily to have sex.

You don’t really engage in activities outside of that.

You don’t tell your friends about this person too often and if you do, it is in passing and you never get into much detail.

When you think of this person, you are not envisioning what it would be like to be in a relationship with them.

You are not thinking about what kind of person they are when they are outside the sphere or influence of being sexually active with you.

The difference between casual dating and a friend with benefits may feel very thin at times but it is actually very clear.

A casual dating relationship is very relaxed but does bear a slight promise of a future relationship if the chemistry is sustained over time.

A friend with benefits is typically someone you sleep with in-between real relationships.

One thought on “Is There A Difference Between Casual Dating And Friends With Benefits?”