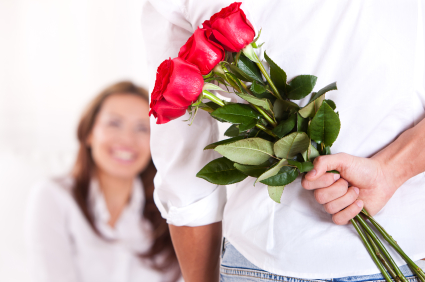 When he is falling in love, he will want time with you to the point where he doesn’t feel like he has had a complete day unless he has.

He just wants you to be a part of his day in some way every day.

Even if all he is doing is touching base with you because he doesn’t have the time to get into a real conversation, he still does it.

He wants to hear your voice and know that you are okay.

He also wants to know that you are thinking about him.

You will often hear him ask you whether you thought about him during your day.

He just wants to know that he is in your thoughts just as much as you are in his thoughts.

This is one of the strongest signs that shows you that he is falling in love with you.

He will also be very invested in your dreams.

He will often talk to you about your dreams and encourage you.

You will hear him use constant words of encouragement.

He does this because he wants you to know that he is invested in your happiness and your goals.

He wants you to know that he will be there to support you.

When he talks about your dreams in this way, he knows that you will feel a sense of unity with him.

He wants you to feel that.

Also, you know he is falling in love when he ties your dreams to his own.

He will talk about how the both of you will accomplish your dreams together.

He makes it sound as though the both of you will be each other’s beacon.

When he draws these kind of comparisons, he is showing that he is invested in the possibility of the both of you being together for a long time.

He knows that if you are both dedicated to each other and support each other to attain both of your goals, it would only make your relationship stronger.

Another way to know that he is falling in love with you is when he becomes more and more forgiving of you.

You may have said or done something wrong.

If it was anyone else, he may have gotten upset and become very argumentative. However, being that it was you, he is more forgiving and even gives excuses for you.

He finds a way to either ignore what you said or did or tries to justify it in some way.

This is how he shows that he just doesn’t want to attribute anything negative to you because you are the girl that he is falling in love with.

He has more patience when it comes to you and is willing to forgive things that he probably wouldn’t with others.

You also know that he is falling in love when he talks about getting a place together or even talks about marriage or even having kids from time to time.

He is showing that he is seeing a future with you and he may want you to start thinking with that frame of mind as well.

The more he talks about the future without any prompting, the more you know that he thinks about you in an endearing way.