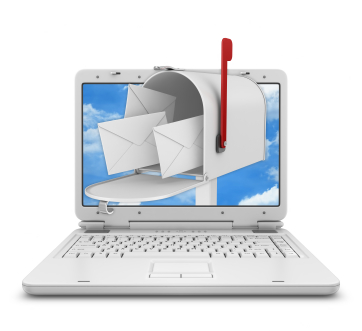 It’s important that you don’t do certain things that would only encourage this guy.

If this is a guy that you haven’t met yet but he won’t leave you alone on the dating app, you can always block him.

This should be enough to get rid of him.

If it is a guy that you have actually met in life and he won’t leave you alone, you should ensure that he knows that you aren’t romantically interested in him.

The reason why I said that you should be cognizant of your actions and not do certain things that would encourage him is because you may not have clearly let him know that you aren’t romantically interested in him.

If you never actually told this guy that you are not interested, he may not know that you aren’t.

Even though you may feel that you have sent him enough hints by now that he should get the point that you aren’t interested in him, it doesn’t always work out that way.

There are some guys that can be so taken by a girl that they don’t understand that by her ignoring him, she actually isn’t interested.

They may look at that as the girl simply playing a game with him.

Since the girl has actually never told him that she isn’t romantically interested in him, he doesn’t necessarily believe that she isn’t.

If anything, at that point, he may even tell himself that all the girl is really doing is playing hard to get and he should just double down in pursuing her.

This is why it is so important not to take the easy way out in this by simply hoping that by ignoring him he will get the point.

Yes, that can work for a lot of guys but not all guys.

Hence, if you actually haven’t been honest with him in letting him know that you aren’t romantically interested in him and things have gotten this far with his behavior, you may be better off letting him know.

At least, if you were to do this and you made this guy aware, you would have played your part.

With this knowledge, a good number of guys will back out and leave you alone.

Being this honest with him can work in your favor.

Also, something else that you should consider is whether you have been continuously cancelling dates, after initially agreeing to them.

Perhaps you keep cancelling them because you just don’t want to go but found it difficult to say no to those dates when initially asked.

The more you agree to dates and then cancel them, the more you may actually be encouraging this guy to continue.

If he is desperate enough to want you in his life, he may just keep rescheduling.

Also, when you agree to the dates, you are still inadvertently encouraging him, even though you eventually cancel them.

Yes, to most guys, they would eventually get tired of cancelled dates and give up.

However, there are a select few that won’t take the hint.

Avoid accepting dates that you know you have no interest in going to.

This will help in letting him know that he truly has no chance with you and this realization may ultimately make him leave you alone.