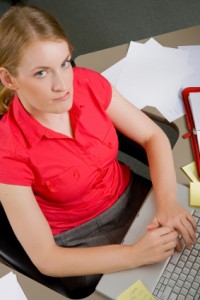 As human beings, we are initially drawn to what we see before we actually start wondering about what kind of person the object of our attraction may be.

This is how we tend to approach attraction and dating.

A man would initially see a woman’s physical exterior before thinking about what she may be like as a person.

If he is not attracted to the exterior, he is not going to be interested in getting to know her as a person.

It is of course different if all he wants is friendship.

In a scenario like that, her physical appearance is not as important.

Weight is also a factor in attractiveness with men because they often want a woman who is there physical equal.

In other words, someone who is he match.

He may have an active lifestyle where he tends to exercise or do very physically challenging activities in his leisure.

He may want someone that he can do these activities with and who would be willing to do so.

This is important to him because it also allows him to be disciplined in his regiment.

He may not want to be with someone that he feels may ultimately make him slouch or get lazy with his physical upkeep.

By being attracted to a woman who is physically fit, he knows that he would be more inclined to keep maintaining his current weight.

Another reason why weight is a factor in attractiveness for men is because a guy tends to look at the kind of woman that he is with as an indication of his level of success in life or his level of social ascendance.

The more fit and attractive she is, the more he feels that he would be looked at as a guy who has made it in society.

In society, a man is typically judged by how successful he is in life through his accomplishments, accumulation of wealth and his career.

Having a woman who is physically fit by his side is also an indication to many in society that he is really doing well.

He can then leverage this kind of social status to help get him to climb even higher.

Another reason why weight is a factor in attractiveness with men is that they are often worried about how they will be judged by friends, family and the public.

These are all thoughts that weigh down on them and make them feel like they shouldn’t take the risk of dating an overweight woman.

Perhaps they love her personality but realize that to date her would be to put themselves in a position where they would have to keep defending her to friends, family and the public and he doesn’t want to put himself in that position.

The path of least resistance tends to be what most people steer toward.

There are some men who just don’t want the pressure or drama that may come from others.

They may feel that they would be spending half their time defending her and that can be very unappealing to consider.

It would be easier for them to just find someone that wouldn’t cause them to do so much work when it comes to defending that person.