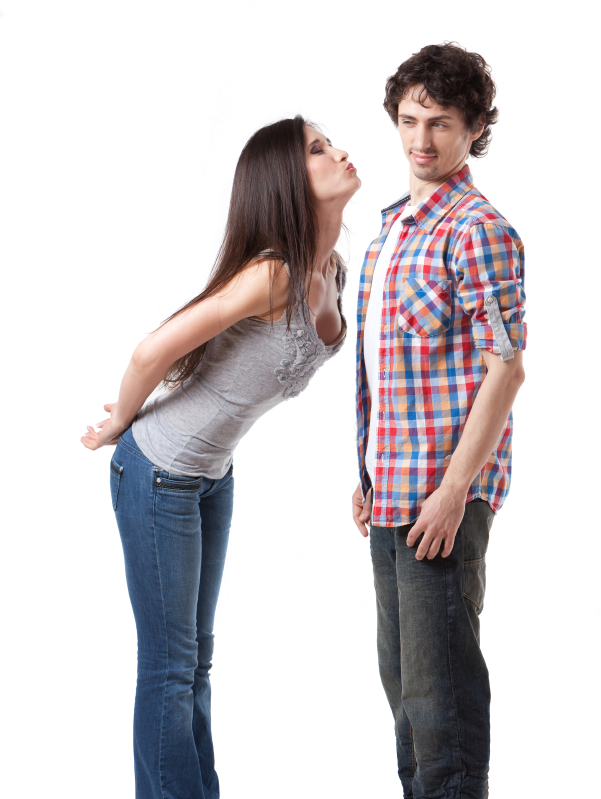 There isn’t, as long as you are honest about the fact that you aren’t interested and you don’t lead her on.

It would be worse if you hadn’t rejected her and started dating her only to break her heart later because you chose to date her out of pity or convenience.

You are the judge of your own character and what it is that makes you attracted to a girl.

She is in charge of her own feelings and how she looks at herself.

You can only be honest to what you truly feel and there should be no other alternative.

Creating an alternative would mean that you would be leading her on for your own benefit.

She knows that there is always going to be a risk of rejection.

No one is above rejection.

Her look is not going to appeal to every single guy in the world.

She has to be the one who understands and accepts that.

You are not obligated to try to make her feel better about herself by choosing to date her.

Again, doing something like this would be much worse than rejecting her outright.

You would essentially be making her feel like she has won you over or that she has a chance when in fact you know that this won’t last and you don’t truly like her.

Your job in all of this is to be as honest as you can possibly be.

You don’t have to be rude and insulting.

You don’t have to tell her that she is unattractive to you or that you could simply never imagine dating a girl that looks like her.

You can be civil and polite about rejecting her without making an all out effort to hurt her feelings.

Again, she is in charge of how she handles the rejection.

You are not the chaperone of her heart, she is.

She will have to handle the news in her own way.

This is part of the dating and relationship dynamic.

There is always a risk of rejection in relationships and love.

She has to be the one who handles that in her own way.

You know what look in girls that you tend to be attracted to.

Even though you don’t find her pretty or beautiful, it doesn’t mean that some other guy wouldn’t.

You aren’t the judge of how appealing she is to the male population at large because you can only judge her looks based on what you uniquely find pretty or beautiful in a girl.

Hence, avoid putting the weight of the world on your shoulders simply because you are worried that you would be doing something ethically wrong by rejecting a girl that you don’t find to be pretty or beautiful.

Your real role here in being ethical is to ensure that you are clear about not being interested in her in a respectful and direct manner so that she doesn’t get the wrong idea and get led on.

When you are this honest and true to the situation and yourself, you give yourself better chances to ultimately interact with the girls that you do find pretty or beautiful enough.

In essence, you won’t get caught in the trap of constantly trying to get out of situations where you are being talked to by girls that you aren’t attracted to all the time.