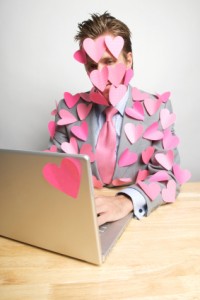 Liking the opposite sex’s pictures while in a relationship is normally harmless.

Understand that being in a relationship with someone doesn’t mean that they stop feeling the need to admire or acknowledge the opposite sex.

It is in our basic instinct as human beings to be drawn to the opposite sex. This isn’t unusual.

This is why ads are often made out to appear visually appealing to the viewer. There may be sexy models used to sell everything from cars to a toothbrush.

Advertisers know how the human eye works and they play into it.

This is why you need to understand how all of this works.

Merely liking the pictures of the opposite sex is a human reaction to what appeals to some of our most basic instincts.

The only time that you should be worried in scenarios like this is if the person you are with is liking a particular person’s pictures obsessively.

You notice that they are on this person’s social media accounts everyday and they are incessantly liking this particularly person’s pictures and even commenting.

This is when they may have crossed the line and entered into obsession.

This is when it may become something that goes a lot deeper than mere human instinct or admiration.

In a scenario like this, you should have a talk with your partner.

There is a good chance that they will become defensive. However, you should introduce the topic without pointing fingers or making accusations.

You don’t want them to feel like you are accusing them of something that they are more than likely going to deny.

They may deny it because they may not have even allowed themselves to realize that they are infatuated with this person.

Sometimes, when a person is so enamored with another, they may not realize that their actions have become obsessive.

They may actually not realize that they are on this other person’s social media on a daily basis and incessantly liking this person’s pictures.

In essence, they may honestly be in denial.

It may have to take someone like yourself drawing attention to this behavior for them to finally realize that they are being obsessive.

This is the approach you may have to take if you have noticed that this person seems to be particularly obsessive with liking a particular person’s pictures on a very frequent basis.

Something else that you should consider is the possibility that your partner likes pictures of other people because they always have.

They may have been doing this long before they ever entered a relationship with you.

In other words, liking the pictures of the opposite sex may actually be a habit and comes to them like second nature.

They may always have done this.

Even in previous romantic relationships that they had, they may have continued to like the pictures of the other sex.

This is just part of how they interact in the social media space.

If this is something that they have always done, it would be a lot more difficult to get them to stop and trying to force them to do so may push them to start liking pictures of the opposite sex behind your back.

You shouldn’t want this.

You may be better off not even trying to get them to.

In their minds, there is no harm by it. They have always done it.

This is where you may have to learn how to keep your insecurities in check and try not to make an issue out of something that may be relatively harmless.