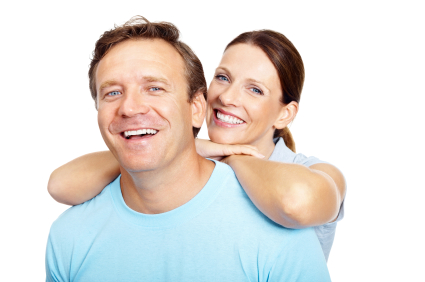 If he is older, you will have to understand the implications.

He may not always understand why you may have a particular opinion about something because he is making his own judgment based on his experience and generation.

This can be a strong point of contention in a situation like this.

This is why you need to be at a place where you know that the both of you are mature enough to accept differences in opinion without allowing them to jeopardize your relationship.

If he is older, he may also not be able to keep up with you in all of your activities.

If you are a very socially active person, he may not always be willing to come along and partake in these environments.

People do slow down as they get older.

This is something that you will have to be aware of and be accepting of as well.

You may both be having a really great time. He may be keeping up with you on every level.

He may be always there with you in social events and is just as active in partaking in physical activities.

However, in time, being that he is older than you by a good number of years, he will most likely slow down.

He may not be able to go out with you as much as he used to.

He may not be willing to socialize as much.

He may not be able to keep up with you in performing various physical activities.

It is so important that you understand this because people often forget that things will change.

They just think that everything will stay the same.

They convince themselves that the older person they love will always be this energetic and fun.

The truth is, with age, a lot of that changes.

You have to be willing to envision a time like this and ask yourself if you truly believe that you will be able to handle it.

If you believe that you can, things may work out.

If you have any doubt that you would be, you may be in for heartache.

When he is older, especially by several years, you will have his family, friends and colleagues to deal with.

The majority of them may be fine with the relationship especially after having met you and realizing how awesome of a personality you are.

However, some may not like the fact that there is such an age gap.

They may not necessarily voice their disapproval in your presence but they will most likely let him know their opinion about all this.

He may be influenced by what they have to say.

At some point, he may even feel pressured to act in a certain way or take some kind of action that may jeopardize your relationship with him.

You would have to be very open with him about the possibility that this could happen.

In essence, you have to prepare him for it.

He may be so caught up in how much he loves you at this moment that he just tells himself that everybody in his life will be fine with it.

He is happy after all.

Why wouldn’t they be happy for him?

However, that isn’t how life works.

You must prepare him as well as yourself for detractors.

When prepared, it is easy to overcome many obstacles that come your way.

When not prepared, you may have a lot harder time defending the relationship.