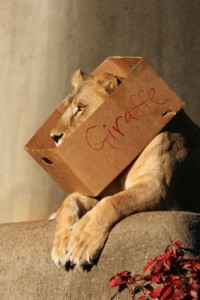 At the point where you are both really comfortable with each other and probably have several mutual experiences that have been shared.

Calling this person a pet name won’t feel forced at this point.

Once you have gotten to know this person quite well and they you, calling each other pet names becomes quite automatic and natural.

Again, it should happen in a way that just flows with what was going on.

You may have been participating in an activity with him and you suddenly felt the need to call him a pet name based on something that you have been repeatedly observing in his behavior.

This is when you do it.

Again, it is best that you allow yourself to get to this point naturally and not force it.

Some people force the pet names.

They feel like they should name that person a pet name just so that they can have some kind of claim on them.

This shouldn’t be your approach.

You will need to allow this to happen in the natural flow of things.

As I mentioned earlier, it is best to allow the time to get to know this person well and have multiple experiences with them before deciding to call this person a pet name.

When you allow the time to get to know him, it is easier to eventually come up with a pet name that best suits his personality.

It would also give you the opportunity to call him a pet name that he feels is a good fit for him and his personality.

When you don’t take the time to get to know him first, you may call him a pet name that doesn’t truly embody who he is because you would be filling in the blanks yourself.

You are filling in the blanks because you haven’t given your interaction with him enough time to develop so that you can get a better idea of the kind of personality that you are dealing with.

This is why it is best that you give your relationship with him at least three solid months before you start allowing yourself to call him a pet name.

As long as you have filled this time frame with activity and genuine efforts at getting to know him, you would put yourself in the best position to call him the right kind of pet name.

You should also avoid trying to call him a pet name because you believe that it is just something couples do.

Your relationship may not be the kind that requires pet names to be used.

Simply calling each other by each other’s real names may be what fits your relationship best.

You should truly avoid calling him a pet name because you think that this is what couples do.

This could actually give the relationship a sense of inauthenticity and you shouldn’t want this.

Go with what feels natural for your relationship.

You may believe that things should be headed in a different way because there is an ideal perception of what you believe a relationship should be like at a certain point in time.

However, by not forcing an agenda into any one direction, you would actually put yourself in a much better position to call your significant other pet names when that time is right.