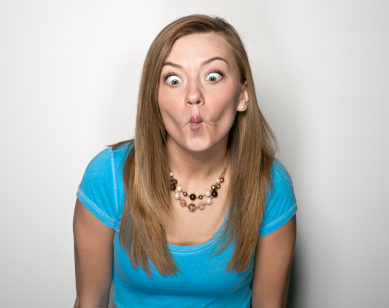 It doesn’t necessarily mean something if your ex is still wearing the necklace you gave her while you were both in a relationship.

Your ex may honestly still be wearing that necklace because she really likes it and tends to receive a lot of compliments on it.

She may like how it goes with certain outfits or simply love the attention she gets when she wears it.

She may not only be doing this kind of thing with gifts that you have given her.

She may actually tend to wear gifts that past boyfriends have given her as well.

If you can think back to your relationship and remember moments when she has worn or kept things around that were given to her by past boyfriends or romantic interests, she has shown that she isn’t prone to getting rid of these items just because the relationships are over.

She may honestly not be that kind of girl.

Unfortunately, you still care about your ex and hope that she gets back with you.

This is why you are trying to find meaning in her still wearing the necklace you gave her.

However, the best way to determine that she still has strong enough feelings for you that would make her want to get back with you is in how she is behaving in general.

Wearing a necklace that you gave her is just one aspect of her behavior.

How is she acting in other areas?

Does she try to talk to you often?

Does she ask you if you are dating someone every time she interacts with you?

Does she try to make you jealous by flirting with other guys only when she is around you?

If she is doing these things, she is showing that she still has an emotional connection with you and may want to get back with you.

This much curiosity is usually an indication that she hasn’t let go of you mentally.

She may want to gauge whether you are feeling the same by how you have been behaving since the breakup.

These are the kind of clues that you should pay the most attention to.

They often indicate that you aren’t far from her thoughts on a daily basis.

Noticing that she is still wearing a necklace that you gave her isn’t enough to determine whether there is still something there.

This being said, the only time when her wearing of the necklace you gave her may mean something more is if she is making it a point to only wear that necklace whenever she knows that she is going to be around you, but she never wears it otherwise.

This may indicate that she is really trying to get you to notice that she is wearing it even though she may not necessarily have too much of a desire to wear the necklace on a regular basis when you aren’t around.

If this is the case, she may hope that you get the point and ask her out.

In this scenario, you should take the hint and ask her out as soon as you can.

She will only wear that necklace for so long whenever you are around.

If you continue to do nothing about it, she may get to the point where she feels that you don’t like her and thereby there is no point in continuously wearing the necklace.