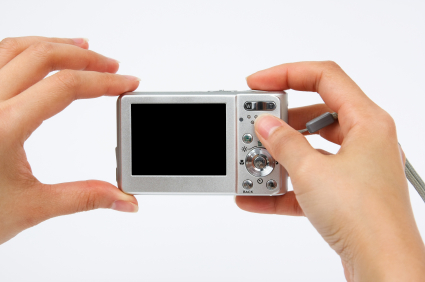 It really depends on the kind of relationship you have had so far.

Some people hit if off very quickly and may find themselves sending pics to each other after their first date or encounter.

For others, it may take longer.

The key here is to ensure that you don’t force anything.

If the interaction has been good, you can send a pic if you want.

You should be scarce with your first attempt just to be sure. In other words, don’t send more pics than are necessary.

To be on the safe side, send one to start and see how the person reacts to it.

If he responds in a positive way and sends you one of his own pics or gives you a positive comment, you are with someone that is ready for this kind of exchange.

This could happen at any point in time during your interaction.

To be on the safest time, only send a pic after you have had a detailed interaction with him.

In other words, avoid sending a pic just because you felt good after a five minute interaction.

You would be going with your immediate emotions instead of your rationale.

You would need to exercise more patience and wait for another interaction.

That interaction should be longer and more intense.

This is the interaction that will allow you to get a feel for him and where he is coming from.

You can play off each other and observe how your personalities connect.

This is how you can ultimately come to the conclusion about whether you should send him a pic.

You can even tell him that you have an interesting pic that you’d like to send him and if that was alright with him.

Yes, there is nothing wrong with setting it up beforehand so that he knows what to expect.

By telling him this, he can give you an answer that is based on how he has felt this whole time.

He may feel uplifted that you want to send him a pic.

You may be giving him something to look forward to.

Thereby, he may wholeheartedly agree.

However, if he were to hesitate or not seem so enthused to receive a pic from you at this stage, you can quickly let it go and move on to other topics.

This is one of the most effective ways to know when to send a pic.

It is best to have a real interaction with him first and gauge his openness to it by asking him about it.

Also, remember to focus on one pic in the beginning so as not to overwhelm him.

Another good way to know if it is too soon to send a pic is if you notice that he tends to share his pics with you.

It may not be pics he took but he may have discovered or were sent to him by friends.

If he tends to do this often, he may be showing that he is open to sharing pics or receiving pics.

This may be one of the primary ways in which he communicates with people.

In this scenario, you can send him a pic.

If he has a positive response, you may start sending more.