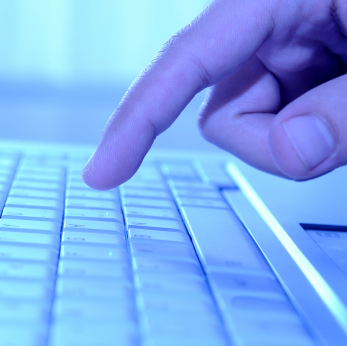 Your boyfriend may have a second Facebook because he wants to use that for a different purpose.

Perhaps he wants to use it to interact with people that aren’t as close to him as those he interacts with on his main Facebook account.

He may also have a second Facebook because he feels that he wants to show a different side to his personality and is curious about who will respond to that.

He may even have that second Facebook for the purposes of business.

There could be a number of reasons why he has a second Facebook.

Your mind may initially go to the unsavory side of things.

You may believe that your boyfriend is hiding something from you by having a second Facebook.

You may instantly begin to wonder about other girls. Perhaps he is using this second Facebook to communicate with these girls so that you never find out what he is up to.

Well, if you were to allow yourself to get too caught up in your own thoughts, you may draw conclusions that aren’t warranted.

You are better off not doing this.

If this is bothering you so much, you can ask him why he has one.

Try not to make it a point of contention.

If you were to come off as though you are accusing him of something, he may get defensive and refuse to give you an honest answer.

Just be kind about it and don’t allow your immediate feelings to sway you.

He has his reasons.

If he were to tell you why, you should accept that.

Don’t try to force your hand by demanding that he either shut it down or he accepts you as a friend request so that you can keep tabs on him.

If you are this worried about your boyfriend’s fidelity, you have other things that need to be discussed.

You will have to get to the root cause of that distrust.

The root cause isn’t that second Facebook that he has.

It is something that is going on within your relationship that hasn’t been addressed or is being ignored.

If your conversations with him never delve into deeper territory, he may feel like there is no point talking to you about his concerns.

If your relationship always plays it safe and you never try new things together, this may also be another root by which this problem has arisen.

If you are often in arguments that never get resolved, there may be some underlying anger issues by one or the both of you.

In other words, if you are worried that your boyfriend has this second Facebook because he may be trying to talk to other girls behind your back, there are idiosyncrasies within your relationship that you have to address.

In other words, you don’t attach your relationship problems to the fact that he has this second Facebook, you try to work on your actual relationship instead.

Getting to the root of the problem should be your focal point and not the second Facebook.

By doing this, you may also set precedent for how future issues in your relationship are addressed.

This kind of openness allows the both of you to feel comfortable coming to each other with any issues or reservations you may have about the relationship in the future without having to get into suspicious behavior.