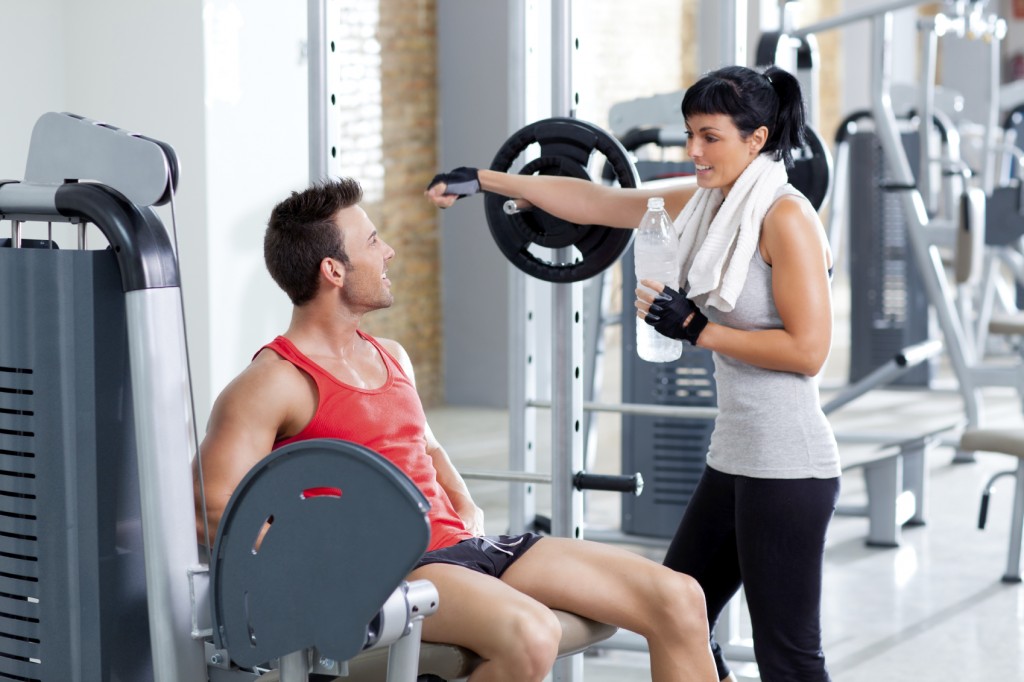 It really depends on how much muscle.

Most guys wouldn’t mind dating a girl who has muscles as long as those muscles aren’t too much.

If she has well toned arms or well defined abs, the guy may have no problem with this.

He may even admire it and compliment her on them.

However, most guys don’t want to feel like the girl can pin him to the ground and keep him there effortlessly.

In other words, a girl who is bulging with muscles from her veined neck to her bulging calves may be a turn off to most guys.

Most guys are not going to gravitate to that much muscle.

If she is the professional body builder type, he may not want to get involved.

Sure, he may notice those bulging muscles and even comment on them, however, he doesn’t necessarily want to date her.

He may be worried that they would look really awkward as a couple.

Perhaps people will point and stare at them.

He doesn’t want to feel this way when he is out with her.

A guy normally likes showing off a girl that he considers to be a prize to his family, friends and the public at large.

He doesn’t want to feel awkward or feel like people will give him a bad look instead of giving him a look of envy.

Hence, a lot of guys would want to stay away from having this kind of experience.

He may also simply not be attracted to the sheer size and volume of such massive muscles.

Perhaps he may try her out one time and take that chance with her. However, this is typically out of curiosity.

He may wonder what she looks like with all those muscles exposed.

His curiosity may get the best of him and he decides to talk to this girl. However, in the end, once that curiosity is met, he may be done.

He may never have truly wanted to date her in the first place.

He was merely curious.

If you are a girl with bulging muscles, you do need to beware of guys who may show interest initially only to end up dumping you because they have gotten to see what they were curious about.

Guys like this will rarely want to know more about you that doesn’t have much to do with your muscles.

They may be obsessed with finding out how you got so big and what your exercise regiment is.

These guys may constantly ask you about what you eat or they may even ask you to flex for them every time they interact with you.

These are guys who haven’t attempted to get to know you beyond the muscles they see in front of them.

They are curious about your muscles and that may be as far as they are willing to take it.

You should always look at this kind of behavior as a red flag.

This is typically a guy who isn’t going to stick around.