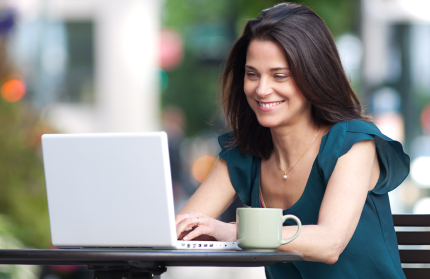 Some girls would do that if they really like the guy.

Most girls don’t necessarily make it a habit to give any guy their number on Facebook who requests it or shows some interest in them.

However, there are those occasions where the girl wants the guy to take things to the next level.

She may barely know him but she is hoping that by giving him her number on Facebook, he will begin the process of getting to know her better.

She wants him to take the initiative by doing this.

It is likely that she doesn’t want to spend too much time going back and forth on Facebook without any solid movement toward getting to meet each other.

She wants to skip that process because she may believe that it is too time consuming.

She may not want to spend all that time trying to communicate with this guy on Facebook only to reach a point where the interest is lost.

She will know its lost when he is taking too long to respond to her messages on Facebook or when she notices that he is spending the majority of his time on other people’s Facebook pages.

She would wonder why he is suddenly acting this way.

She would be unhappy about that especially if she has grown to like him while on Facebook.

By giving this guy that she barely knows her number this soon, she wants to avoid putting herself in a situation where they could merely become simply Facebook buddies.

This often happens when two individuals get too comfortable communicating on Facebook and start allowing that to be the only way they go about interacting.

It is often done out of the feeling of convenience.

When a person can get an interesting discussion going out of someone else online and get rid of their boredom or perhaps even their sense of loneliness, it is easier to just stick with that and not go any further.

That person gets into that Facebook rut where they are getting their emotional needs met to some extent and thereby doesn’t need to take things any further with who they are communicating with.

She may have experienced this in the past.

She may have met a guy on Facebook in the past who was fantastic when he was messaging her.

The conversations she had with this guy on Facebook may have been very interesting and engaging.

However, he may not have taken things to the next stage.

She may have hoped that he would have asked her for her number or at least asked her out, but he never did.

He got into that Facebook mode of comfort where he just kept communicating online and nowhere else.

In time, he may have lost interest altogether and the Facebook interaction lapsed.

This is often what can happen if a person doesn’t act quick enough on Facebook when they are truly interested in someone.

She may not want to have to go through that process again and waste all that time communicating on Facebook only to have nothing come out of it.

As a result, she gives this guy she barely knows her number because she knows that she already likes him and wants to move things along and hopefully get to communicate and ultimately meet outside of the online medium.