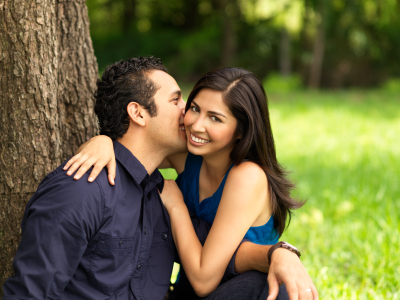 He may want to keep you close but isn’t willing to commit to putting a label on your relationship.

This is a guy who may want to get the benefits of what it would be like to date you but yet not have to deal with the responsibility of actually being your boyfriend.

You will really have to be careful with this one.

The danger of following along is in the strong likelihood that you may start to develop feelings over time that will not be reciprocated.

Yes, this tends to happen.

You may make yourself believe that he is acting like you are both dating because he wants to date you at some point in the future.

As a result, you give in to this notion and allow yourself to become more taken by him.

Unfortunately, as time goes on, you realize that he isn’t taking your relationship with him to the next level.

He isn’t asking you to be his girlfriend or making you a top priority in his life.

You are now emotionally invested in him and feel lost.

You should never allow yourself to get this far.

In fact, if you have noticed a pattern of this kind of behavior coming from him, you should immediately call him out on it and put a stop to your relationship with him.

As I mentioned earlier, a guy like this will often want to have the benefit of your attention and even your love without having to make that relationship commitment.

He has no real intention to be more than what he currently is to you.

If he did, he would be taking this a lot more seriously.

He would be clear about his intentions and would want to take things to the next level.

He wouldn’t keep you guessing because he would actually care about what you are going through mentally.

He doesn’t want to make you so mentally depressed by playing confusing games with you.

He would be a lot more sincere in his actions.

When you are dealing with a guy who has told you that you can’t date him and yet he continues to act as though you are dating, he may be entirely intoxicated by the fact that he has this much control over the relationship.

He becomes so wrapped up in this feeling of control and power that he doesn’t give any thought to how this may be affecting you as a person.

Try not to make the mistake that so many others do.

You shouldn’t keep staying because you are hoping that he changes.

This could keep you stuck in a situation that may simply be going nowhere because guys who play these kind of games often don’t change.

Changing would require that he suddenly acquires a different mindset and that can be a very difficult thing to do.

It would be like a person suddenly changing their persona and becoming a different person entirely.

The sooner you end your interaction with him, the better off you will be.