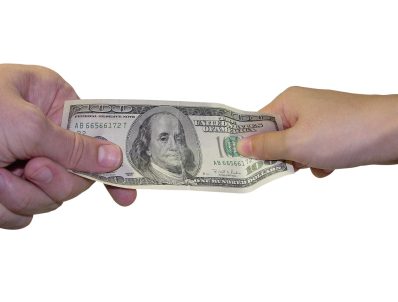 The guy may have been raised to believe that paying for a date is his duty as the man, so he gets mad or offended when that duty is disrespected.

He may have been taught and raised in this way.

Hence, if the girl were to pay, he may feel like he was not being allowed to do his duty as a man.

They may have seen this kind of behavior their whole lives within the families and communities that they grew up in.

As a result, they adopt this ideology.

They believe that it is appropriate because it is what they have been taught and shown.

They don’t really consider the possibility that a girl they date may not feel the same way.

In fact, a guy like this would typically assume that the girl would have the same ideology as he does.

This is what he considers to be the norm. He doesn’t know any different.

When someone can have this kind of experience all through life, it can be very difficult for them to entertain the notion that a girl may have a totally different ideology.

He was never taught that not all girls are the same. He was never shown that a girl may actually want to pay for a date.

Hence, witnessing this behavior would put him in a chaotic moment.

He may not understand why she would even think about paying for the date.

He may get a little mad or offended because he would believe that the girl was somehow emasculating him by trying to pay for the date.

This is his way of thinking.

He is unable to consider for one moment that the girl may have no intention of emasculating him or taking away his so called role as the man.

She may simply be trying to do something nice and make the interaction a lot more fair as far as who pays for what and when.

She may look at this gesture as perfectly normal because it is what she has always done and it just makes sense to her.

These are two different viewpoints clashing.

There is a misunderstanding on the guy’s part and the girl may not understand what the big deal is.

Another reason why some guys get mad or offended when a girl pays on a date could also be because they like the sense of being in control.

Some guys who are shelling out the money may have a sense of empowerment when they do so.

When the girl pays for the date, it may make these guys feel like they have lost control of the process.

They may feel like they are no longer in the driver’s seat directing this ship where they want it to lead.

This may make them unbalanced and consequently doubtful of how they are going to be able to steer the ship in the direction that they want it to go.

A loss of this kind of control can feel threatening and disempowering. Thereby, they react negatively.