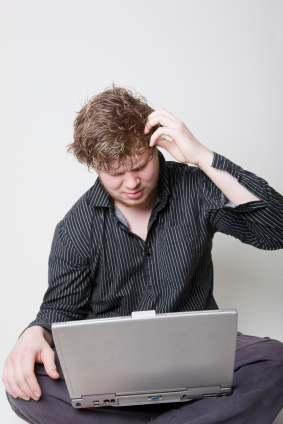 She may think of this guy as a friend.

If she has some history with this guy as her friend, this may be the reason why she said that she misses him over social media.

You need to understand that your girlfriend wasn’t living under a rock before she met you. She had a social life filled with all kinds of activities and friends.

This guy may be one of those friends.

You have to begin to accept the fact that she does have other people in her life.

She had a lot of these people in her life before you ever showed up in her life.

Sometimes, people who start dating can become overprotective of their new partner.

In essence, you may hold her on such high accord that you forget that she still has other people in her life that she cares about.

You may desire that she care about you above all else.

Maybe you would even prefer it if the only other people she loves in her life are members of her family.

You may want her all to yourself and wouldn’t like it if you were to notice that she does care for other people in her life as well.

Well, you do have to face the reality of what most relationships are like.

There are going to be people outside of your relationship that your partner cares about.

She may have known these people before she ever met you.

She may have a strong bond or attachment to these people.

Some of them may have even helped her get through difficult times.

Some of them may have given her very insightful advice at crucial moments in her life.

Some of them may have even been there for her during difficult break ups in her past.

You really don’t know what kind of connection she has with this guy that she told that she misses over social media.

He may be someone that has helped her with something in the past.

He may be someone who was supportive during difficult times.

He may be someone that she worked with some time back and built some platonic rapport with.

You just don’t know and you shouldn’t judge.

You have no idea what this guy has meant to her in the past.

This past doesn’t necessarily mean that there was any romance involved.

Even if there was, it may never have truly gone anywhere.

Indeed, they may have discovered that they would be better off simply being friends.

The only time you should worry is if you notice that she tends to communicate with this guy over social media a lot more than she communicates with you in general.

Even more telling is if you notice that she isn’t only telling him that she misses him over social media but she is also constantly stalking him online to know what he is up to.

If you notice that she is always observing how this guy is interacting with other girls on social media, she is showing that she just may have an attraction toward him.

When your girlfriend is tracking a guy this closely, she may actually like this guy over you.