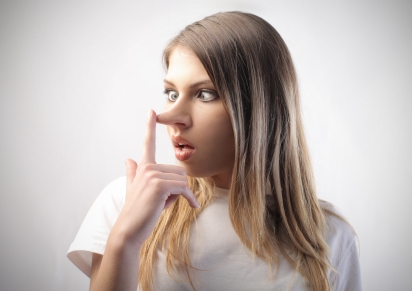 They may look at a big nose as a deal breaker and a turn off.

They may just not be able to get over the fact that this person has a big nose.

Perhaps they aren’t used to dating people with big noses.

They may be worried that while they are in conversation with this person, all they would be able to focus on would be that person’s big nose.

They may believe that this person’s big nose is simply too distracting.

They may even believe that it would be embarrassing to be seen talking to someone with a big nose.

They may believe that everyone would be more focused on why they would be talking to someone with such a big nose than on how attractive both of them may be and how well they look together.

Yes, there are people who worry about this sort of thing.

It is how they think and part of what makes them who they are. However, your job isn’t to worry about how your big nose may turn off these people.

You wouldn’t want to be spending too much time interacting with these types of people in the first place.

If you notice that all they seem to be able to focus on is your nose, as they grimace, they probably don’t like your nose.

If you notice that you can’t seem to have a decent conversation with them without them mentioning something about your big nose or being unable to follow up with you because they are distracted, they probably don’t like your nose.

You will become self-conscious after a while.

They don’t even remember them.

You realize that you seem to be the one who is doing all the initiating of conversations or requests for dates.

At this point, you will have to take a pause.

Is this truly the person you want to be devoting so much of your time to?

Is this person worth even the privilege of getting to know you when they have shown such lack of respect?

Well, I think you know the answer to those questions.

Of course this person shouldn’t be someone you devote this kind of time to when they have responded to you in this way.

You will have to let go of this person and move on to someone else.

This new person doesn’t insult you based on your big nose.

This person doesn’t focus on your nose during conversations.

This person isn’t forgetting conversations that were made in the past because they were unable to get passed your big nose.

They remember those conversations and ask you follow-up questions.

This is a person who doesn’t care about your nose.

This is a person who genuinely cares about you and the interaction that you are having with them.

This is the person you focus on.

You just have to get passed your insecurity in believing that all guys will find your big nose to be a turn off.

Some guys will and some guys won’t.

Focus on the guys who won’t.