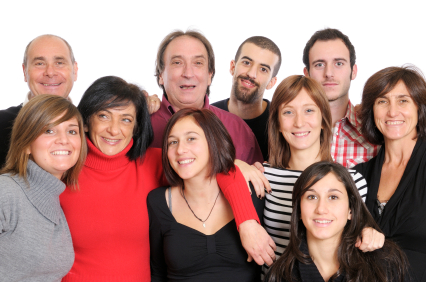 It really depends on the kind of person she believes you to be.

If she already knows that you are somewhat shy or awkward, she would expect that you would exhibit this kind of behavior when you interact with her family.

Hence, she knows what to expect and is unlikely to allow how you behave around them to make or break a possible relationship with her.

If she knows that you tend to be brash and somewhat confrontational, she would expect this from you when you are around her family.

There may be a part of her that has already braced herself for it.

Thereby, she does know that if some arguments or strong disagreements ensue while you are interacting with her family, she would have seen it coming.

This wouldn’t necessarily make or break a possible relationship with her.

Remember that she likes you because of who you are to her.

Your unique persona is part of that package.

She doesn’t necessarily expect that to change when you are interacting with her family.

Perhaps a small part of her may secretly hope that you tone down the brashness when you are interacting with her family but she doesn’t necessarily believe that this will be the case.

So she prepares herself for whatever comes.

She may have already informed her family about your persona so that she can prepare them as well.

The important thing here for you to remember is to be yourself above all else when you are interacting with this girl’s family.

The danger that you face is when you try to act a different way when you are interacting with this girl’s family in order to impress the girl or her family.

You do this because you believe that the more you act this way, the better your chances of getting a possible relationship with her.

This is a dangerous approach.

Even if you were to initially succeed, the girl will know that you aren’t being natural.

Her family will eventually understand that as well.

Now, they will all be doubting you and wondering when the real you is going to show up.

This girl may want you to have pleasant interactions with her family.

However, she still wants you to be yourself even if it means that you won’t be the most eloquent person that she has ever brought around her family.

In fact, you have a better chance at a possible relationship with her when you interact in a natural way with her family than when you try to be overly nice or respectful.

This girl wants her family to see the real you, not the fake you that you have brought around them.

This needs to be understood.

There are so many guys who believe that if they weren’t themselves and overdid it with the pleasantries and compliments as they interacted with a girl’s family that she would swoon and make the possible relationship happen.

This can be a grave mistake.

If she is bringing you around her parents, she already has a sense of your character and how it may mesh with members of her family.

Leave it at that.