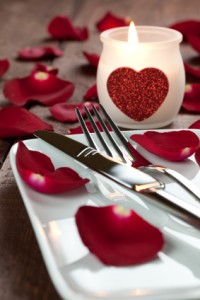 In one scenario, it is typically because the guy isn’t that interested in a second date.

When this guy is texting you a lot but not asking you for a second date, he is keeping you open as an option but isn’t willing to commit to that second date.

The first date may have been decent enough and relatively enjoyable.

However, he may not have gotten what he needed out of it. He may have enjoyed certain parts of the first date but not others.

As a result, he realizes that there are some things about you that he likes but at the same time, he didn’t feel that much chemistry with you.

This is why he will continue texting you without asking you for a second date.

He wanted that giant spark and he probably didn’t get it.

He likes you enough to keep you as a possible dating option in the future but he doesn’t want to commit to anything at this time.

Typically, he may have other girls that he is trying to date at this time.

He may want to gauge how those dates go with how the date he had with you went.

He keeps you open as a future option because he just may come full circle to dating you again if these other girls don’t work out.

The other possible scenario could be that this guy may be texting you but not asking you for a second date because he believes that this would be acting too desperate or eager.

He may believe that you would get the wrong impression of him if he were to ask you out again too soon.

He wants to ensure that you aren’t turned off by a guy who wants to see you again too soon.

As a result, he continues to text you but he doesn’t ask for a second date.

He may be trying to play it as cool as possible as he hopes for the right moment to come up in the future where he sees an opening to ask for that second date.

The two scenarios I have given you can be gauged.

To understand whether this guy is merely keeping you as another option, observe how he acts with other girls.

If you notice that he tends to flirt and interact with other girls a lot, there is a good chance that he is dating some of them and keeping you open as an option.

To gauge whether he is trying to play it cool and not come off as too desperate, observe the kind of texts he sends you.

You will notice that they tend to be about you and what makes you happy.

You will notice that the texts will primarily focus on you as opposed to on him.

He is doing this in order to learn more about you so that he can figure out what you tend to expect out of guys.

He may even text you with questions about your previous relationships as he tries to learn more.

He doesn’t want to ask for a second date too soon so he is gauging you and what your expectations may be by using your previous relationships as a guide.

He is playing it safe in acting this way and may be really worried about getting turned down if he were to ask you on a second date.

2 thoughts on “Why Would A Guy Text Someone A Lot But Not Ask Them For A Second Date?”