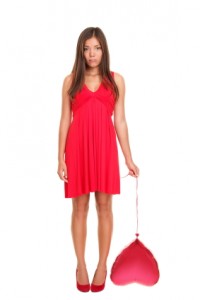 To judge you without knowing you personally is never a good first sign.

By calling you a goody two shoes, he was already showing signs of disinterest. He was merely looking for some excuse to come up with in order to avoid the work of getting to know you more.

When a guy is truly interested in a girl but may be worried that she is a goody two shoes, he would have a different approach.

He would at least attempt to get to know her better first before making the judgment to reject her.

When a guy rejects you this quickly without giving you much of a chance to prove him right or wrong, he was never that interested in you to begin with.

This is not the kind of guy you would want to be with anyway. You would want a guy that is patient enough to give you the benefit of the doubt.

A guy like this hasn’t shown patience nor compassion.

Also, do understand that he may have done you a favor in rejecting you.

If he felt like there would be no compatibility, he may be a totally different kind of guy.

This often means that you would have found it difficult to find common ground with him.

There would have been giant lulls in your conversations because of the difficulty in relating to each other.

Now, something else that you should consider is how you carry yourself around guys.

If you indeed are a goody two shoes, that is who you are and you shouldn’t be ashamed of that.

However, you should also be judicious in remembering to allow the fun and interesting side of you to show when you are around guys or interacting with them.

Your beauty may gain a guy’s attention but if he were to talk to you and you came off as though you didn’t have much of an active social life or personal interests because you were always hanging out with your parents or family or small circle of friends, they may be turned off.

Being a goody two shoes doesn’t mean that you can’t experience different things in life and open your social circle to people that normally aren’t in it.

The more it appears that you do engage and have fun with others who are outside your social circle, the easier it will be for a guy to look at you as someone who would be fun to date.

The problem is typically not the fact that you may or may not be a goody two shoes.

The problem usually sets in when a guy believes that you are a goody two shoes who simply won’t do anything outside of your comfort zone.

This is when a guy may get turned off.

Your task now is not to dwell on this rejection but to keep moving forward.

Let that side of you that is dynamic, personable and fun shine.

There will be a guy out there who appreciates that and gives you a chance irrespective of whether you are a goody two shoes or not.

Hence, it is crucial that you always stay true to yourself.