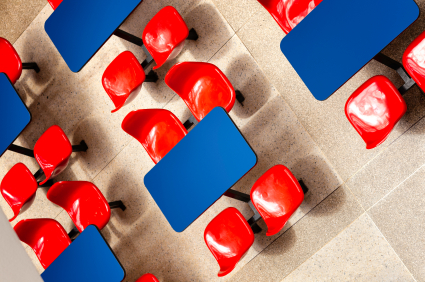 The reason why she tells you that she does want to meet up but always ends up telling you that she isn’t sure when you ask when she is free is because she is stalling.

She is hoping that you get the picture and stop asking her.

She doesn’t want to come right out and tell you that she isn’t interested.

She doesn’t want to be that direct with you.

She may fear how you would react to that or she may not want to make herself be the bad guy in all this.

Hence, as long as she continues to tell you that she wants to meet up but doesn’t commit to a when, she isn’t exactly turning you down and she can play it safe.

A girl who is truly interested in a guy isn’t going to make him wait.

She will make herself available for dates.

She will anticipate what it would be like to date the guy.

She would talk to her friends about him.

She would probably even check out what he is up to on social media.

That guy will often be in her thoughts and it may be hard for her to think about much else.

This is oftentimes what a girl does when she is truly interested in a guy.

In your case, she doesn’t think about you often.

When she tells you that she isn’t sure when she will be free to meet up, she hasn’t actually been thinking about it.

She may honestly have totally forgotten about the conversation you had with her.

In fact, she may have even forgotten that she told you that she would like to meet up.

That conversation to her may have simply been platonic in nature.

When you had mentioned a meet up, she may have told you that she wanted to do it simply out of being polite or keeping the conversation pleasant.

She may not have really thought through what she said.

She may have simply responded in that way because she just didn’t want to put any negativity into the conversation in the hopes that you would move on from that topic to something else or you could end the conversation on a pleasant note.

Now that you are actually asking her about when she would be free to meet, she realizes that you were taking her seriously.

She realizes that you did not ask her this in passing but you were actually serious.

Now it has gotten real for her and she begins to get a little weary.

She never actually meant it.

She was just making conversation with you and hoping to keep it pleasant.

However, now she sees that you were serious and she has to start finding ways to avoid the topic altogether.

She starts telling you that she is not sure when she can meet because she realizes that she has gotten herself into a sensitive situation that she doesn’t quite know how to get out of.

She will keep telling you that she isn’t sure until she has either come up with a way to tell you directly that she isn’t interested or hopes that you get the picture and quit asking her.

This kind of wait could give you false hope.

Thereby, you should try to understand the message she is trying to send you through her lack of action and accept that as most likely a sign of lack of interest.