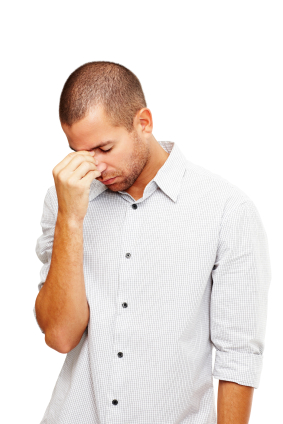 He may have cried when you broke up for a number of deep-rooted reasons.

For one, he may have been truly upset that the relationship was ending and that he would no longer see you again in the same capacity as he once did.

This could mean that he was truly in love with you and really didn’t want the relationship to end.

Another reason he may have cried may also be due to a sense of having failed.

There are some guys who don’t just look at a breakup as the end of a relationship but also as an indicator that they have failed again.

If he has had a history of failed relationships, there is a good chance that he would be more prone to feeling this sense of disappointment that he has failed in a relationship yet again.

It may make him feel that he is not very good at this.

This can cause a build up of emotion that leads to tears.

A guy may also cry because he may believe that he can’t do any better than you.

He may truly believe that you were the best he could have and now that you are broken up, he will never find anyone else like you or anyone at all for that matter.

This reasoning could hit him so hard that he begins to cry as a result.

Another reason why he may have cried at the breakup could be because he was hoping that you would notice this and perhaps refrain from ending the relationship.

If you were the one that ended it, this may be something he does to help you reconsider.

Perhaps if you notice him crying, you will take pity on him.

Perhaps if you notice that he is this distraught, you will begin to focus on the good elements of the relationship and decide to give it another shot.

On the flip side, if he is the one who broke up with you, he may have cried in order to reduce the impact of what he had to do and hope that you don’t see him as the bad guy.

The crying becomes a tool that he uses to turn the ropes around.

Instead of you being upset at him for breaking up with you, you start feeling sorry for him for what he feels he had to do.

It is almost like using reverse psychology to help him draw away the attention of what he is doing and instead focus on the fact that this really pains him to do.

These are some of the reasons why a guy would cry at a breakup.

You do have to assess how you genuinely feel about this guy and how you are taking the breakup as well.

The last thing you should do is allow yourself to be emotionally manipulated by his tears.

If you feel that the breakup was warranted, there is a reason for that.

If you were to simply take him back because he was crying, whatever problems that had existed within the relationship would still be there.

Sure, there may be a period of compromise and understanding. However, eventually, the same problems will arise and you will be back to square one yet again.

Sometimes, you just have to stick to what feels right even if his tears may make you doubt.

You shouldn’t be fooled by those tears because some people will do whatever it takes to get what they want.

He may have tried tears in previous relationships and it worked in getting him what he wanted.

Now, he is trying that with you. You should be cautious.