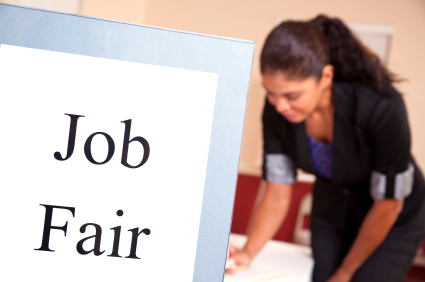 You can’t keep enabling your boyfriend.

He has to truly believe that getting a job is no longer an option but a must.

You have probably allowed him to get away with not being motivated enough to get a job.

Perhaps you have even given excuses for him.

Perhaps he has been able to convince you in the past that he will try to get one but he never follows through.

You care about him and you take him at his word.

Yet, he always falls short of getting the job.

He may get close to getting one every time but something always comes up that ultimately leaves him without one.

Perhaps he has even gotten jobs in the past but they never lasted.

You would listen to his sob stories about how this or that person at work mistreats him and is such a jerk.

You start feeling sorry for him and perhaps even subconsciously encourage him to quit so as to find something else that will make him happier.

He has your vote of approval, so he quits said job.

Unfortunately, it is the same story with the next job and the one after that and so on.

The point I’m trying to make here is that you do have to recognize where you may have been helping to facilitate this cycle of behavior with your boyfriend during the course of your relationship.

You have to recognize these moments because the only viable way you can motivate your boyfriend to get a job is in ensuring that you don’t keep enabling him.

When you are not allowing yourself to give excuses for his behavior, you aren’t enabling him.

When you call him out on his laziness, you aren’t enabling him.

When you don’t keep helping him out with his bills or buying him items, you aren’t enabling him.

He has to be brought to the reality of where you stand.

You stand in a position of strength and unwillingness to allow him to continue with this behavior.

Once he begins to notice that he is not getting an easy pass like he used to, he will begin to take a closer look at his actions.

You have to start making him own up to his responsibilities.

If you tend to go out on dates with him, you mustn’t continue paying for his end of it.

You will have to let him pay his own way.

If this means that he gets to see you less because he simply can’t afford to go on dates with you, that is what will have to happen.

He has to understand that you are not playing anymore.

He has to understand that there is a strong possibility that you are not going to be sticking around for much longer as long as he continues behaving in this way.

Make plans with other friends if he can’t pull his own weight on a night out.

The moment he realizes that he can be replaced, that may be the push he needs to go get that job and keep it.

He has to understand that there are stakes.

He has to be forced out of his comfort zone so that he knows that there are consequences for his actions.