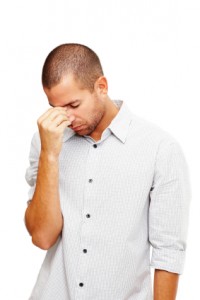 To comfort your boyfriend when he cries, simply be there for him if that is what he wants.

You shouldn’t feel that you must do something profound in order to put him in a better mood.

This is the big mistake that many girls make with guys. You don’t have to say anything or do anything particularly generous while your boyfriend is in this state.

You should just be there as a person he knows that he can count on if he wants to talk about it.

You shouldn’t feel like you have to force him to tell you what is bothering him.

When he is crying, he is in the moment.

A lot of guys find it difficult to truly express themselves when they get emotional.

They may not want to say anything. They may simply want you to just be there and be silent.

If they were to talk to you about it, they may simply want you to listen without saying much.

Only if he were to ask you about your opinion should you give it.

This is when he is actually reaching out to you and trying to make himself deal with this problem.

He is using your support to help him get through this very difficult moment.

When he asks for your opinion about something and you give it, keep it short.

Don’t talk for too long.

Just give him your honest opinion about what he is asking.

If you make it long-winded, you may just end up saying something that upsets him even more.

The less words the better.

If he asks you to elaborate, do so.

Only do so if he asks it though.

Remember that above all else you must be honest.

This is what he needs at this time.

He needs someone who will be honest with him about their opinion.

If you were to tell him something that you think he would want to hear just so that you can make him feel better, he would be able to tell and that would not help him.

Most likely, his first thought would be that he can’t even rely on his girlfriend to be honest with him and level with him about what he is asking.

You can’t be that person.

You have to be the kind of person that he knows he can trust to tell him the truth.

This is actually what makes him feel more comforted.

This is what helps him to get out of this slump.

When he can trust in his girlfriend to tell him the truth and keep things honest.

If he were to ask you about a shortcoming he believes that he has and wants to get your opinion about its validity, tell him the truth.

Don’t just tell him a lie so that he can feel better about himself.

The most comforting thing you can do for him is tell him the honest truth.

If you believe that indeed he does have that shortcoming, tell him your opinion.

You don’t have to elaborate unless he asks you to.

Your boyfriend will appreciate your honesty.

He may have even suspected all along that he had this problem but wasn’t willing to acknowledge it.

This will help comfort him and give him a sense of relief.