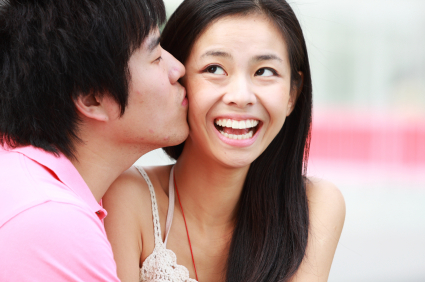 Some guys love to text often and others would rather not.

Not every guy will want to text you often even if they truly are interested in you.

Guys can be a little different from girls in this regard.

Some guys may prefer seeing you face to face than actually texting you.

Others may prefer talking to you over the phone.

Others may even prefer writing you emails.

It all really depends on the kind of guy you are dealing with and what they are comfortable with.

If a guy is barely texting you and also not trying to communicate with you in any other fashion, he isn’t truly interested in you.

As I mentioned earlier, a guy who doesn’t typically like to text would find some other way to communicate with you on a regular basis if he is truly interested in you.

If he isn’t even trying to use other modes of communication, it is unlikely that he is interested in you.

The guys who will text you often may be the kind that love to text and are comfortable with it.

It does show that he is thinking about you.

However, do understand that so much of this depends on the kind of guy that you are dealing with.

Hence, don’t erroneously believe that a guy not texting you often means that he isn’t interested.

Judge him by whatever else he is doing to try to stay connected with you.

This may be the beginning of your interaction with this guy and you may feel like his lack of texts are telling of someone who isn’t interested.

However, this guy may prefer talking face to face.

Since this is merely the beginning of your interaction, the face to face meet-ups may be fewer.

He is just beginning to know you and may not want to move too fast.

However, if he is consistently asking you out on dates, he is still showing interest.

Though he may not be texting you as often as you would like, he is still making an effort to see you.

You would have to use these as clues to what his intentions may be.

He may be the kind that would rather talk to you face to face than text you.

If you have only just began to date him, this is too early to make a quick judgment on whether he is truly interested.

He may even be the kind of guy that requires more face to face time with you before he feels comfortable enough to begin to text you on a regular basis.

You may be the type that is totally comfortable with texting early on even if the relationship is still very much at the early stages.

However, he may not be like you in that aspect.

He may want to be around you more in a physical sense and get more comfortable with you before he starts texting more often.

This is a possibility you need to consider.

Not every guy is going to be comfortable with sending multiple texts when they have barely gotten to know who they are dating.

In time, they just might get more comfortable with sending multiple texts as long as they are getting the sense that they are experiencing a connection with you.