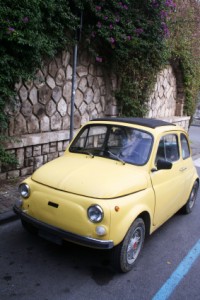 Try not to assume that simply because you can’t drive, you have ruined your chances with this guy.

He may actually like you for a multitude of reasons.

He may be perfectly willing to accept the fact that you can’t drive. However, if you were to act as though there is something wrong with you because you can’t drive, you may make him feel uneasy.

Just tell him in a humorous or self-deprecating way.

If you can make him laugh over the issue, he may look at it as a non-issue.

It’s a good idea to give him the impression that you aren’t unhappy or insecure about yourself because you can’t drive.

Remember, telling him that you can’t drive in an effective way has a lot to do with the way you act.

If you show him that you aren’t insecure about the fact that you can’t drive and that you are still happy with yourself, he would be more willing to accept it.

Your focus should be on what has allowed you to connect with each other up until this point.

Clearly, there has been some chemistry, otherwise you wouldn’t be where you are today with him.

Continue focusing on building this aspect of your relationship.

Let him see more of who you are and what makes you so unique.

The more he likes your character, the less likely he will take issue with the fact that you can’t drive.

When you tell him, he may ask you why. Be truthful when he does.

The last thing you should do is begin to give excuses.

When you give excuses, it will be very hard to stay consistent with your story.

There is also a very good chance that he will be able to tell.

If not now, he will figure it out later.

This is why you should be careful so as not to ruin everything that you have built so far with this guy by giving him a fabricated story.

Just tell him the truth about why.

Even if you believe that the reason will make you look bad, tell him the truth anyway.

You have no idea what he may find to be good or bad.

You may believe that your reason would make you look bad when in fact he believes that it makes you look endearing.

You just don’t know how he will look at it.

Assuming that the reason would make you look bad in his eyes could lead you to tell one lie after the other that you will find very hard to maintain.

This puts an unnecessary strain on the relationship that could lead to the end of it.

Tell the truth and let him react to it in his own way.

By being truthful, you would be showing him a degree of honesty and self-assurance that may make him like you even more.