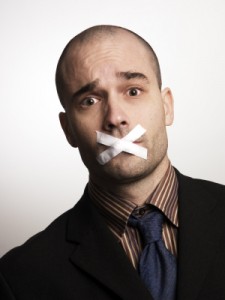 It depends on the kind of guy you are dealing with.

If it is a guy who is used to lying and getting away with it because girls tend to forgive him for it, he would be more prone not to really mean what he says to you.

He will say what suits him for that moment in order to get what he wants.

This is why it is helpful to know this guy’s history in relationships.

If he has had a history of lying to his partners, there is a good chance that he will lie to you and not mean what he says.

If he has had a hard time holding on to a relationship because he is constantly being unfaithful, he may not mean what he says.

If he is the kind of guy that tends to break or cancel on dates that have already been set up, he doesn’t mean what he says.

Look at his history with his previous partners and yourself.

Those particular moments when he has been dishonest are the moments that you need to take account of.

You can also use his reputation to help you figure out if he is the type of guy who really means what he says.

What do his friends, family and acquaintances tend to say about him?

If they tend to praise his character, there is a good chance that you are dealing with a guy who means what he says.

For this to work, you would have to get a good volume of opinions before you decide on whether he is the kind of guy who means what he says.

In other words, try to talk to a varying number of people.

Learn from his friends, family, acquaintances, work colleagues, ex girlfriends and even his neighbors.

This is a good cross section of individuals.

If you keep hearing nothing but good things about him, there is a good chance that you are dealing with a guy who really means what he says.

His reputation is a very effective tool in finding out about how much you can trust him and how likely he is to really mean what he says.

Also, a good way to tell that a guy really means what he says is if he tends to make promises that he keeps to others.

If you notice that he tends to honor his engagements with friends, family and colleagues, there is a chance that he is a really trustworthy guy.

If he has a habit of honoring his engagements with others, he will most likely do the same with you.

You can also pay attention to his consistency in conversations.

When he tells you stories or opinions during your conversations that he tends to remember in great detail in later conversations, he was being serious and more than likely truthful about what he was telling you.

On the flip side, there are some guys who may tell you something and completely forget about it when you bring that topic up on a future discussion.

This is typically a guy who wasn’t really paying attention to what he was saying which means that he may have been lying or just fibbing.

When on the other hand, he remembers details about what he has talked to you about in the past and is consistent in bringing those topics up in similar detail, you may be dealing with a guy who really means what he says.

This is also the kind of behavior that demonstrates that this guy may be a great candidate to become a future boyfriend.