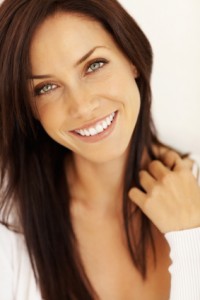 However, the majority of younger girls will date a guy her age or a few years older.

A younger girl in her late teens for example may want to date a guy in his early twenties because she may feel like he is a lot more mature than the guys her age that she may have dated in the past.

This is typically the time you would see a younger girl date an older guy as a rule.

She would probably be looking for a guy that is more stable.

A guy in his twenties may already be pursuing his goals.

He may already be getting himself established in his career and be past the player stage of his youth.

He would typically be a guy who isn’t that much older but is old enough to give her the sense that he is mature.

Seeking maturity and stability in a relationship is typically the main reason why a girl in this age range would prefer dating a guy in his twenties.

When a girl gets into her twenties, she will typically be looking for a guy around her age range.

She has now entered the age range where she would be more likely to find a mature guy.

Hence, wanting to date a guy she can relate to a lot easier by age but who is also mature becomes more of her desire.

This is typically the case with most girls in their early to mid twenties.

Once a girl enters her late to early thirties she tends to become a little bit more loose with her preference.

By this age she may have already had a child or two.

She may also have already gotten married and divorced.

At this point, she may not be as concerned about age as she would have been in her late teens and early twenties.

She may be more concerned about dating a guy who has had some similar life experiences.

She may be willing to date a guy with a much wider age gap even as much as ten years or more her senior if she believes that she would be able to relate to him in some way.

She may want a guy who has already been married and known what that experience was like. A man who has children can relate to her experience of being a parent.

At this stage, she may be seeking a shared experience and some form of camaraderie.

She may be open to a guy who is younger by a few years as long as he has had some common life experiences.

She may become drawn to him based on this.

Hence, late twenties to early thirties is the age range where there is more emphasis placed on life experience more than anything.

She would want someone she could bring around her kids and feel that he would know how to handle them.

Her kids are her priority.

Hence, whoever she chooses to date would have to be able to get along with them.

At this stage, it is no longer all about her and what makes her feel good.

It is about her kids, her lifestyle and her sense of security.

She would want to date a guy that was in agreement with all of this.

She doesn’t want to take too many risks in her relationship.

She now has more to worry about than just herself.

Again, this is where you will often find a woman willing to date a guy a lot older than her just to ensure that she gets the security she desires.