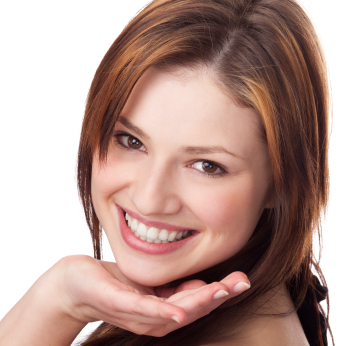 You may be pretty and still single because of the intimidation factor.

There are guys who are very intimidated by pretty girls.

These guys assume that the pretty girl already has a boyfriend.

They assume that the pretty girl wouldn’t find them attractive.

They assume that the pretty girl is out of their league and thereby, they shouldn’t even think about talking to her.

This is often what goes through a guy’s mind when he sees a pretty girl.

He starts weighing the likelihood that you would be receptive to his approach.

The prettier you are, the less likely he would be willing to take the risk.

Some of these guys have also had a history of failure with pretty girls.

They have approached a pretty girl in the past only to have her turn him down or even be rude.

The guy may not want to go through that again.

He looks at you and begins to recollect his past with pretty girls.

He remembers how he summoned up the courage to approach a pretty girl only to have her reject him.

So, you may be dealing with guys that are simply too intimidated or have had a bad history with approaching pretty girls.

You should also consider the likelihood that you may be pretty but still single because you may not give off the right kind of body language.

In other words, you may be unapproachable.

Many guys look for a cue from a woman that sends him the signal that she is interested.

They will look for eye contact, a smile, a touch, a compliment, a nod, etc.

They would want to get something from her body language to encourage them to move in and begin to talk to her.

If you rarely make eye contact with guys and smile, it would be very difficult for many guys to make a move on you.

This is even further exacerbated by the fact that you are pretty.

If you were less attractive, some guys may be willing to take a chance.

They may figure that they don’t have that much to lose.

However, being that you are pretty, they may interpret your body language as one that is uninterested and standoffish.

Being that you are prettier, you are more desirable.

Thereby, getting turned down by you may sting a lot worse because they really wanted you.

You may be pretty but still single because you lack self-confidence.

There may be a part of you that is somewhat insecure.

Perhaps you tend to place too much of your value as a person in your looks.

If you feel like you don’t look as pretty today, that may put you in a depressive mood.

You may base a lot of what makes you who you are on your physical appearance.

Hence, if you were not being shown the kind of attention that you believe a pretty person should be getting on a particular day, that may affect your sense of self-esteem.

This in turn affects the way you act and the aura that you give off.

If guys sense that you lack self-confidence or you tend to be insecure about your looks, they may be turned off by you.

They will notice that you are pretty but they would also get the sense that you may be too much to deal with.

They may not want to have to deal with a pretty girl who has mood swings and is dependent on the continuous stroking of her ego in order to help her get through her day.

2 thoughts on “People Say I’m Pretty But Why Am I Still Single?”