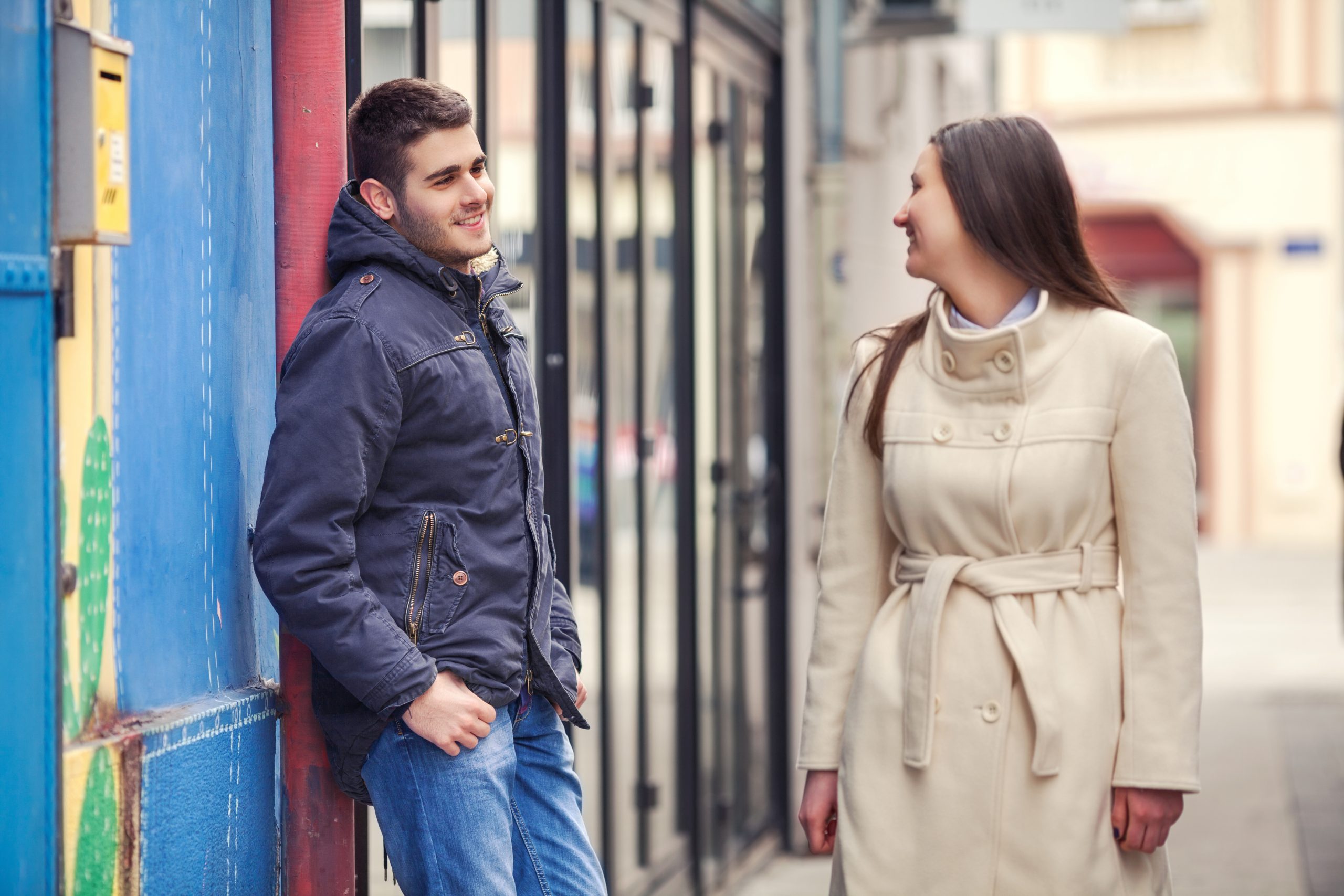 To avoid being creepy when you talk to girls on the street, talk to her and approach her from her front or side, as opposed to from behind.

Approaching a girl from behind on the street makes her uncomfortable.

You risk her feeling unsafe.

She perceives that she is being harassed or followed.

This sets you back before you have completed a sentence.

Approaching her from the front or side, as you make eye contact and smile, is a great approach to avoid being creepy.

Have confidence and say hi.

This is where your aura is instantly at her purview.

It is right there for her to avail.

The moment she looks into your eyes and gauges your approach, she has made a judgment about you.

She knows whether you are a guy worth her time to talk to or not.

This is why your first impression has to be the right one.

You won’t have a second shot at it.

As she is walking, get her to stop or slow down by politely opening up a topic of relevance to her.

A woman who maintains a fast or consistent rate of walking on the street as you are attempting to talk to her, is showing you through body language that she is not interested in talking to you.

It doesn’t have to do with you.

Respect that and let her be without further interruption to her day.

Body language that means she is interested is when she slows down or stops walking as you talk to her.

Facilitate this by asking her for help with something.

A woman who is familiar with the area is happy to help you with a question about her recommendation on a good place to have a snack, coffee, lunch, brunch, pizza, hot dogs, etc.

She kindly gives you her opinion and you tell her that you would love to return the favor by getting her a piece of pizza at the location she suggested.

She laughs and smiles at that approach, appreciating the offer.

She instantly knows what your intentions are.

It sends the message that you are an assertive guy.

You have her attention and have positioned yourself to get an instant date out of it.

When she doesn’t take you up on your offer, don’t be afraid to follow that up with asking her for her number.

Turning down your offer doesn’t mean she isn’t interested.

At that moment, she is headed somewhere and doesn’t have the time to go grab a piece of pizza with you.

Don’t give up on her.

Let her know you would love to grab a piece of pizza with her in the future and politely ask for her number.

Something else that works when talking to girls on the street that eliminates the creepiness factor is to use technology as a prop.

Politely ask her to use her phone as you don’t have yours and need to make a call.

Most girls who aren’t in a hurry somewhere, stop.

As human beings, having a conscience, we have an innate desire to help someone in need.

Especially when it involves something that doesn’t use up too much of our time, resources or effort.

In this case, it is her phone.

Once she hands you her phone, she has symbolically placed a degree of trust in you.

That act alone has created a connection.

From here, have a conversation with her.

Instigate small talk as you place the call.

Ask her about how her day is going or where she is headed.

Keep up the small talk as you make the phone call.

As you hand the phone back at the end of your call, be gracious in thanking her and ask her for her number.

Where there is a romantic connection, the small talk has already warmed her up to you and she is open to giving you her number.