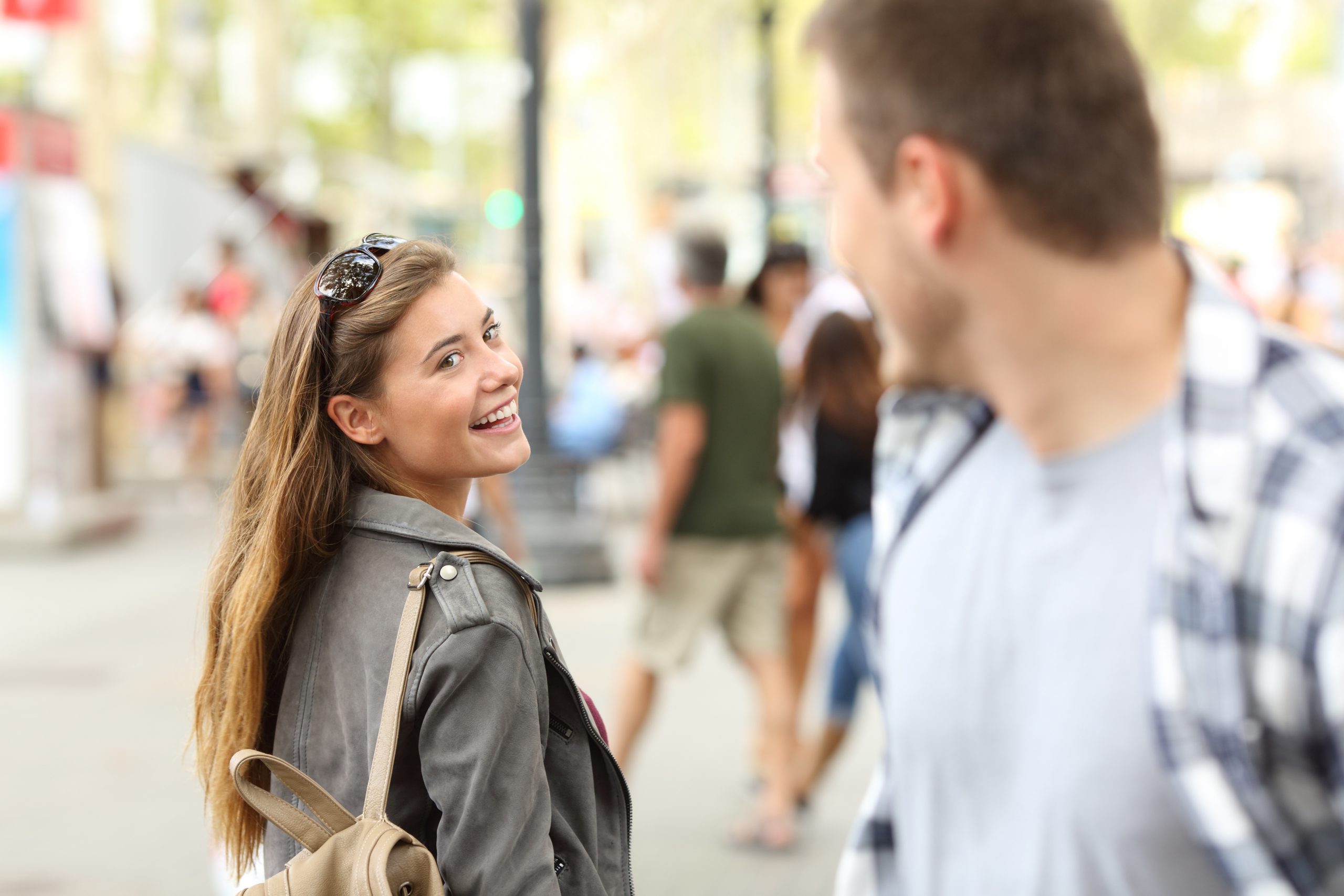 When a guy does a double take, you have reminded him of someone, triggering a memory in his mind.

At first, he does a double take to confirm that you are indeed the person that he has been reminded of.

He hasn’t seen that person in a while and is surprised that he just happened to run across them.

That person has been in his mind recently as he has been going about his day.

As human beings, our minds are immensely powerful tools.

When we think about someone and they are constantly in our minds, that person’s image becomes ingrained in our subconscious.

This guy has been thinking about this particular individual that you remind him of recently.

This person’s image has been ingrained in his mind.

He has been thinking about this person for the last week or so.

He sees you and instantly thinks that you are that person.

Why does he do this?

His subconscious has brought this person’s image into the forefront of his mind on a daily basis.

The moment he sees anyone that bares any resemblance to this person, he does a double take.

It was how you wore your hair or how you walked.

It was your complexion or the outfit you were wearing.

This person has been in his subconscious for some time now.

He remembers details about this person.

He remembers how she walked, smelled, wore her hair, moved her hands, etc.

The moment he comes around anyone with one or more of these characteristics, his brain instantly tells him that it has found a match.

He zones in on you and does a double take.

These occasions are prevalent when a person that you remind him of has recently been on his mind for whatever reason.

In this state of mind, his brain locates someone of similar traits and sends him a mental message that it has found a match.

Alternately, a guy does a double take when he is attracted to a girl.

He is instantly taken by your beauty and had to look at you again.

In instances like this, he isn’t looking for reciprocation or acknowledgment from the girl.

He wants to view and admire.

His double take was reactionary.

You have met the exact match of what he finds attractive in a woman.

He looks at you and takes a mental note.

It is further reassurance to him that what he is looking for in a mate does exist, as you are living proof of that.

You are living proof that the physique and aura that he wants in a mate is achievable.

He does that double take, wanting to savor the moment.

You are an image that he keeps in his memory for a few extra days just so that he relives that one experience.

2 thoughts on “What Does It Mean When A Guy Does A Double Take?”