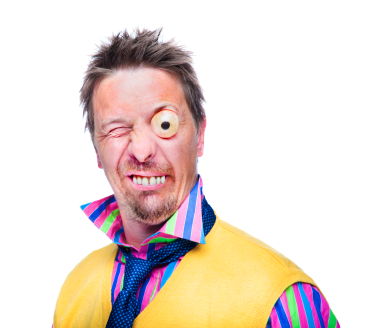 A healthy mix of the two.

Girls like a guy that can be both serious when he needs to be and funny when the occasion demands.

Hence, there are moments when a girl would want a guy to be funny.

She may be having a bad day and just wants the guy to cheer her up.

She may already be having a good day and just wants the guy to say something funny in order to make her even happier.

On the flip side, she may want a guy to be serious when there is something grave that she needs to talk about.

She may need his true opinion of how to solve the problem or deal with the situation.

She would need him to be serious in these moments because she would want to get a real opinion.

The mistake that some guys make is when they do too much of one over the other.

If you tend to be serious all the time, a girl may feel like you are no fun.

She may not want to engage in conversation with you because she feels like you would have nothing to say and if you did, it wouldn’t be enjoyable.

You may talk about depressing topics or may be very bland and monotonous in your inflection.

All of this could easily be a turn off to the girl because she would want a guy to make her feel good.

She would want a guy who gets her excited in conversation.

She would want a guy that keeps her attention and doesn’t put her to sleep.

On the flip side, the guy who is always funny and never serious may be appealing at first but at some point, she begins to detest him.

It gets really stale and boring after a while because she knows what to expect.

She starts dreading talking to you because of this.

There will be moments where she may actually want you to take what she is saying to heart and give her your honest opinion.

If your honest opinion is always tainted with humor, it will become increasingly difficult to take you seriously.

She would wonder whether it’s worth it to even get into any kind of intellectual or intimate conversation with you.

This could be a problem.

As I stated earlier, the best kind of guy is the one that has a good balance of the serious and the funny.

He should know when it is appropriate to do either one.

Girls do love to laugh.

But they also love to have real conversations about real issues.

You would be in a much better position when you know what she is requiring at the opportune moment.

There are always going to be moments where she needs one over the other.

There will also be moments where she is just happy with the status quo. Therefore, a safe bet would be to find a happy medium between the two.

Always ensure that you stay true to yourself throughout.

If you were to only act one way because you think that doing so would win her over, you should be careful.

You may set the stage for something that will ultimately lead to her realizing that you weren’t being true to yourself in the first place.

Hence, ensure that as you have a happy medium between the two, you remain true to who you are and your personality.

By Luke Iwuji, a dating coach and founder of DatingLogic.net. For the best professional dating or relationship advice, Book a Session with me.