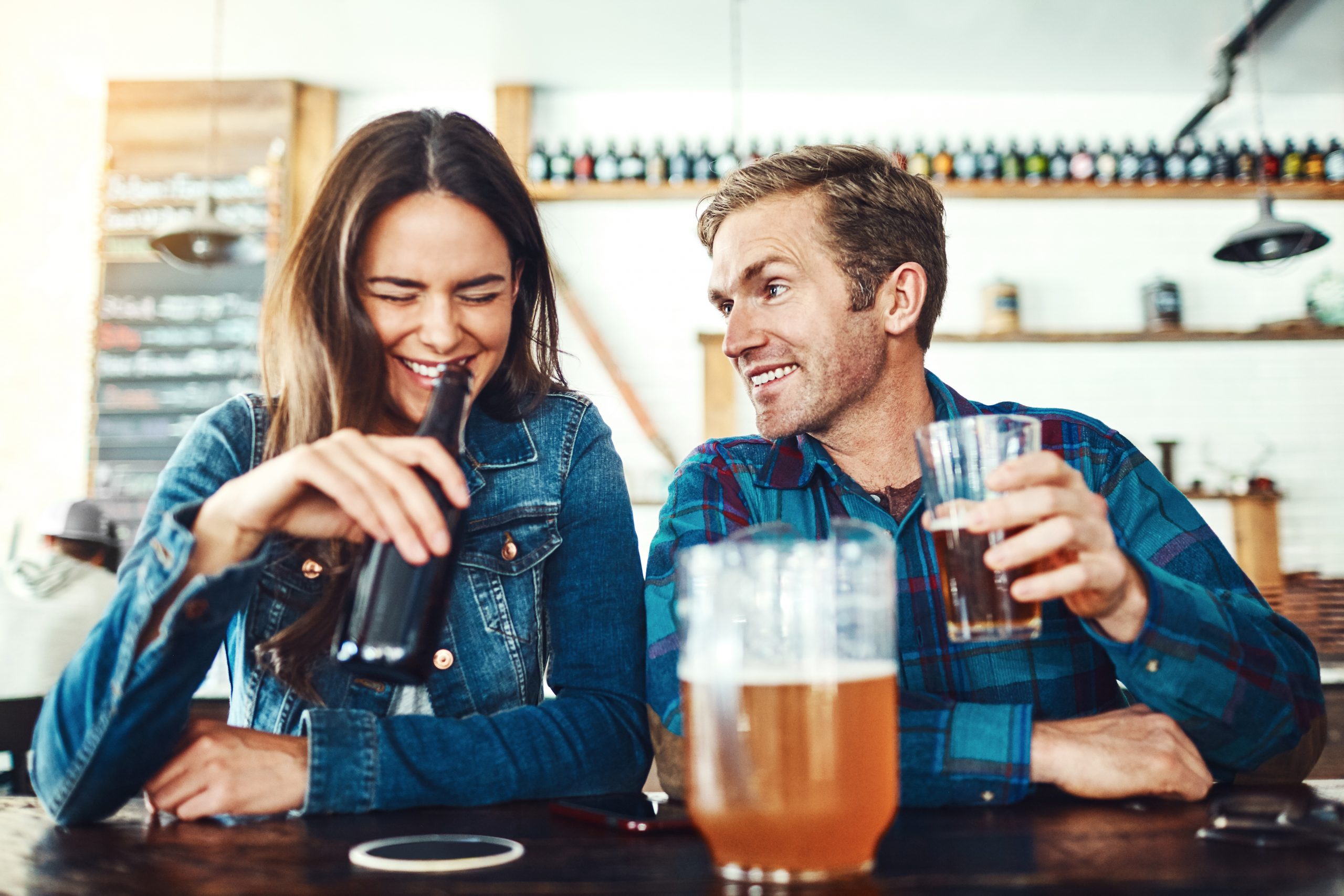 Guys look for an effortless flow in conversation with a girl.

He likes it when conversation with her feels like they have known each other for years.

It creates an instant connection.

He loves it when she is a girl he has witty banter with.

A girl who flirts is a significant plus too.

Flirting is his method of gauging their romantic chemistry, so it matters a bunch.

When a girl has great banter, he gets the notion that she is doubly a fun girl to hang out with.

This makes him entertain the prospect of asking her out eventually.

A girl with an edge is a plus, as this is how she separates herself from other girls.

She has no trouble getting her hands dirty.

While he is under the hood of his car, she slides right by him and passes him tools.

At the local park, she is throwing passes at him as they play football together.

He loves that she has no qualms being one of the boys.

This enlightens him to the notion that she has many sides to her and isn’t one dimensional.

This means there is a wealth of personality he is yet to tap into and that is exciting to him.

Showing that she is this open to getting her hands dirty with him, his mind is deluged with thoughts about what activities he imagines himself doing with her in the future.

Unlike a girl who doesn’t want to get her hands dirty, which leaves the impression she is limited in the activities she is open to doing, this girl is an open book.

He is thinking about the experience of going camping with her, dirt bike riding, hiking, kayaking, snorkeling, etc.

It’s like a film reel in his mind as he imagines what else the two of them are going to do together in the coming weeks.

On top of her readiness to get her hands dirty with him, she isn’t afraid to look silly or be self-deprecating in his presence.

So many girls have their guard up when they are talking to a new guy.

Rather than showing their goofy side, they play it safe and conform to being a bit too well-mannered and reserved.

She is cracking dirty jokes, makes jokes at her own expense and has no reservation in showing her goofy side.

He loves how authentic she is in how she presents herself.

Instantly, he realizes that in being this transparent with her personality this early, she is someone who is trustworthy.

She accepts who she is and isn’t misrepresenting herself.

This is a preview of how authentic she is as a potential future girlfriend.

Early trust has already been established, thanks to her transparency.

A girl who is accepting of who he is as a guy, with his flaws included, is icing on the cake.

Without judgment she accepts him as a person.

It doesn’t matter that he has a spotty childhood or a tendency to get parking tickets, as long he is good human being, she doesn’t judge the flaws.

He loves this about her, as it shows him that she has a backbone.

She doesn’t have to have the perfect partner with a squeaky clean background and the perfect SAT scores.

This reassures him that she is a girl who won’t run at the first hurdle that comes up in a potential romantic relationship with her.

Loyalty is an immense quality that most men look for in a girl.

He wants to know that when the honeymoon phase of a potential romantic relationship is over and challenges occur, she doesn’t jump ship and leave him.

As far as her physicality, she doesn’t have to look like a supermodel.

Most men love a natural look to a girl they choose to date.

A body that hasn’t been super-enhanced with plastic surgery is a plus.

A moderation on how much makeup she puts on and a healthy approach to how she takes care of her body is ideal.

Guys do like to have a girl they are proud of showing off to friends and family.

It’s a boost to his pride and reassures him that he is lucky to have a woman like you as his partner.