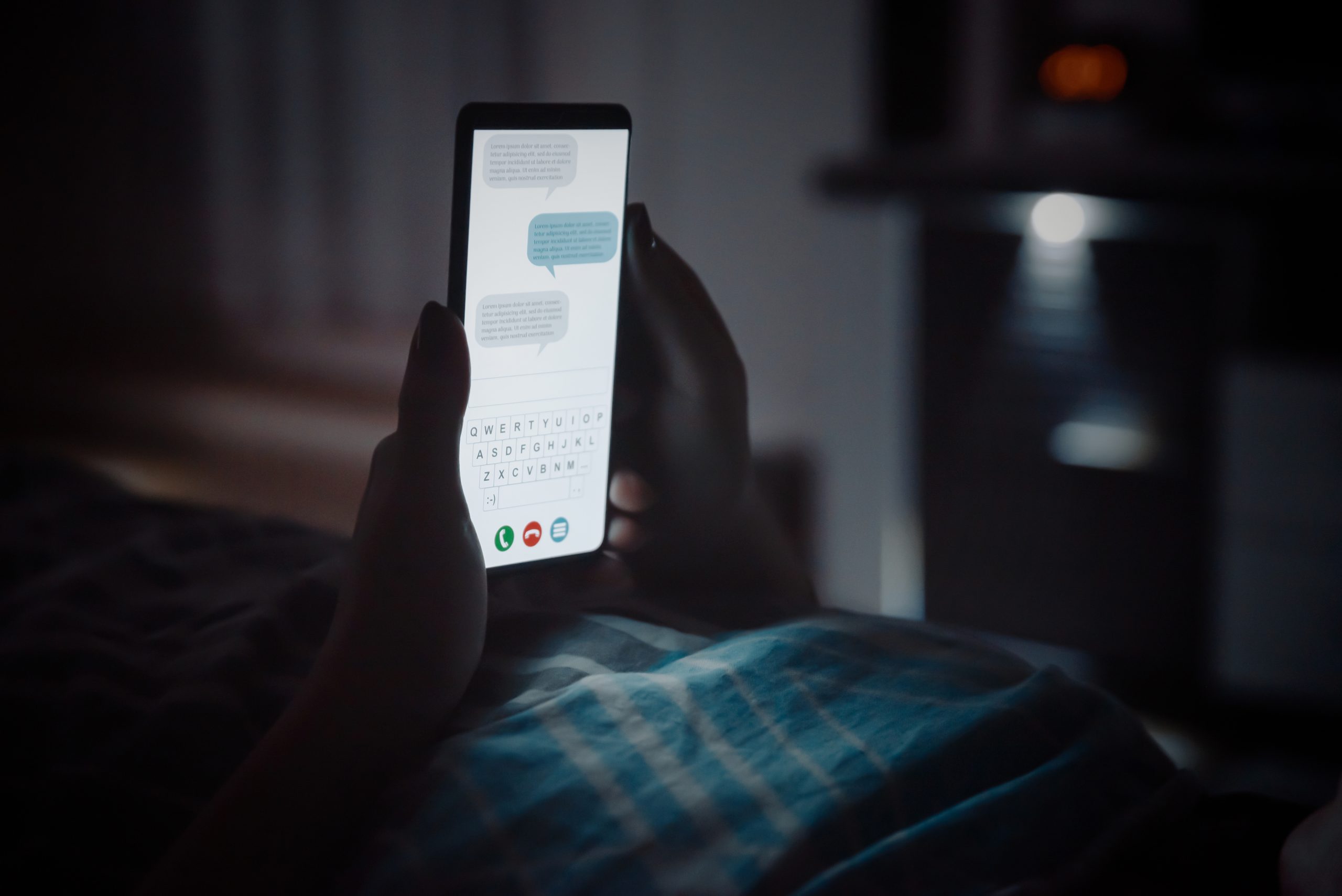 The ongoing flow of your conversation with him matters.

There are some people who hit it off early with an effortless flow in conversation.

They text each other multiple times a day, as their connection is so fluid and unforced.

Do you have this conversational connection with this guy so far?

Most people in the early stages of dating don’t.

This is why keeping the texting to one or two a day is your safest bet.

In a scenario like this, don’t force the issue.

It takes a while for two people to come out of their shells and get comfortable with each other in conversation.

When you force a volume of communication that isn’t natural for this stage in your relationship, you push the other person away.

He interprets the incessant text messaging as a sign that you are too needy and this is a turn off.

No matter how excited you are about someone, don’t use that as an excuse to text him multiple times a day.

When you are the one who is sending the greater amount of text messages on a daily basis, you are texting too much and ignoring the significance of reciprocation this early.

Don’t be fooled into thinking that his responses must mean he is into all these text messages you keep sending him.

He likes you too but you are overdoing.

The responses you are receiving aren’t going to persist when you are sending too many text messages to him daily.

His excitement about you won’t last as he experiences burnout too early with you.

Don’t let your excitement levels for someone you are dating at the early stages of dating get the best of you.

Stick to one or two a day.

The quality of your texts matter.

Since you are sticking with the safe bet of one or two a day, make your texts count.

Use spacing so that your texts are easy on the eyes.

Be conversational in your approach.

This isn’t a university dissertation, it’s a conversation.

Remember that texting is more impersonal than face to face conversation.

Don’t assume that he is picking up on the tone you want to convey in a text message.

Use exclamations, signs and emojis to convey the mood so that he never misinterprets a text message or lose something in translation.

Ask follow-up questions related to a previous conversation you had with him.

This makes you look good, as it sends the message that you have been paying attention.

Send texts that make him laugh.

This loosens him up.

Send texts that provide interesting information about something intriguing in the world.

Ask him an icebreaker question that delves deeper into who he is as a person.

A great example of an icebreaker question is to ask him about what his favorite season of the year is.

It’s a question that forces him to think and provide a detailed answer about what that favorite season is, with an anecdote about an activity he loves doing in that preferred season.

This is where you connect with him by relating to what he has said, where there are similarities to your own life experience.

Texting this early is precious, as you are keeping them to a minimum.

They need to be fun so that greater rapport is built.

Never forget this, especially on days you aren’t feeling the part, thanks to a moronic boss at work who put you in a bad mood.

That’s not your date’s problem.

Over time, as you go out on further dates and familiarize yourselves with each other, the text messages naturally increase in volume.