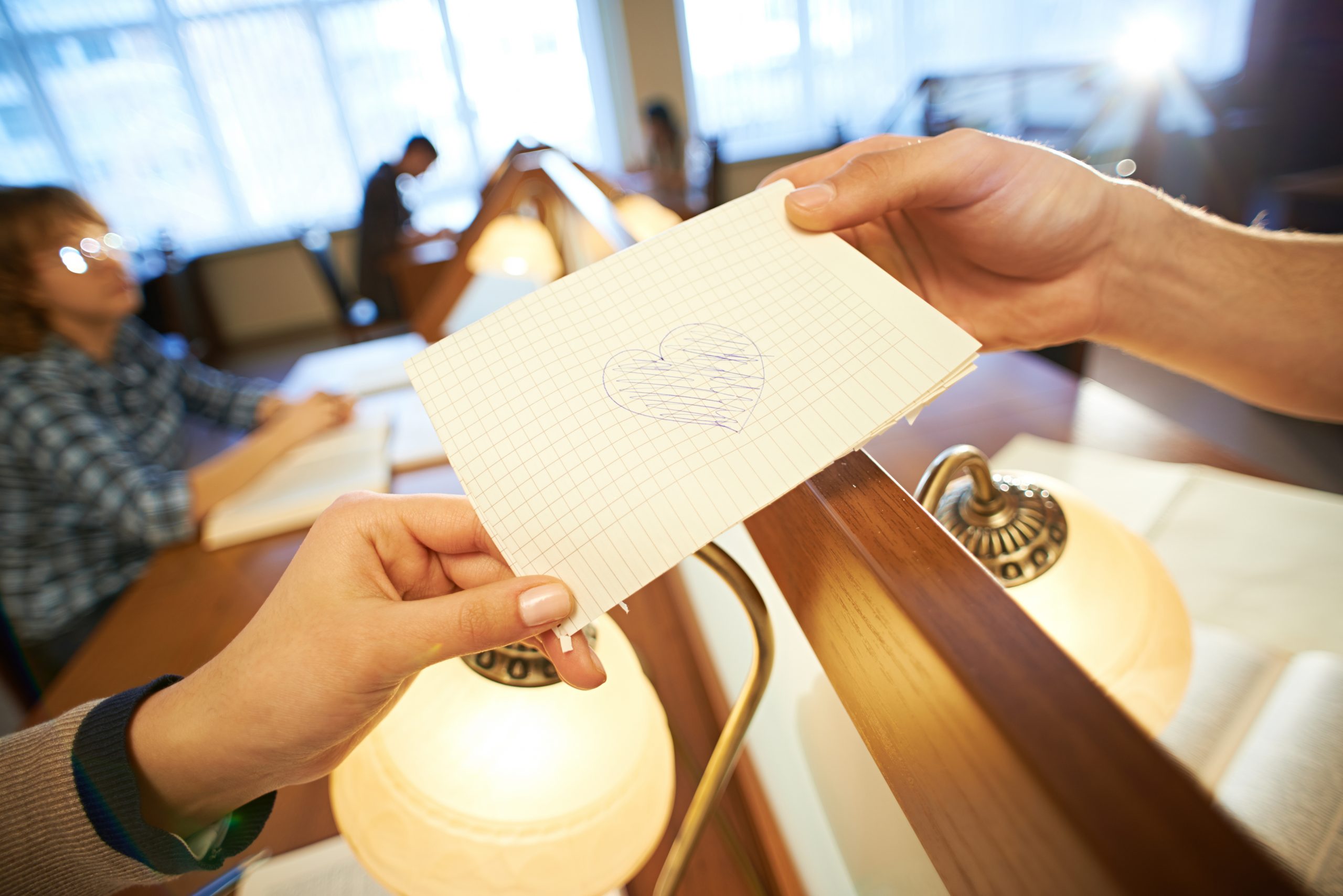 Asking a girl out over a letter is too childish.

Ask her out face to face, regardless of how scary it sounds.

As a student in high school, you are on the path to adulthood.

Approach your attraction to this girl with maturity.

Sending her a letter is something she lets you get away with in kindergarten, not in high school.

It doesn’t matter whether a friend of yours in high school told you that this is how you ask a girl out.

That friend is wrong.

It doesn’t matter whether you have seen this done in movies.

A writer creates any fantastical scenario they want in a movie.

Unlike a fictional movie, you don’t have control over every fictional character and what they do.

In real life, you only have control over yourself and what you do.

This is why you mustn’t get caught up on what she does when you ask her out face to face.

Rather, focus on presenting yourself respectfully and asking her out succinctly.

Without this discipline in how you approach this, the thought of asking her out face to face is overwhelming, as your mind fills up with outlandish scenarios about how she reacts.

There is worry about offending her.

Being ignored by her.

Stop with the crazy thoughts.

Asking a girl out isn’t a death sentence.

Stop making this bigger than it needs to be.

Irrespective of whether she says yes or no when you ask her out, you made the right move in doing it.

Asking her out face to face improves your chances of getting a yes from her.

But, the gesture reflects your confidence.

Girls are attracted to confidence in guys.

By asking her out face to face, you have already scored points with your courage.

Regardless of whether she says yes or no, by asking her out face to face, you have done something that bolsters your confidence.

With this surge in confidence, you won’t be scared about asking another girl out face to face in the future.

Every time you ask a girl out, you are closer to hearing a yes.

Use this as your motivator.

Know that there are so many girls in your high school and outside of it who are romantic prospects.

This is an abundance mindset.

An abundance mindset gives you the motivation to approach and ask out any girl you desire, knowing that there are an endless number of romantic prospects to date.