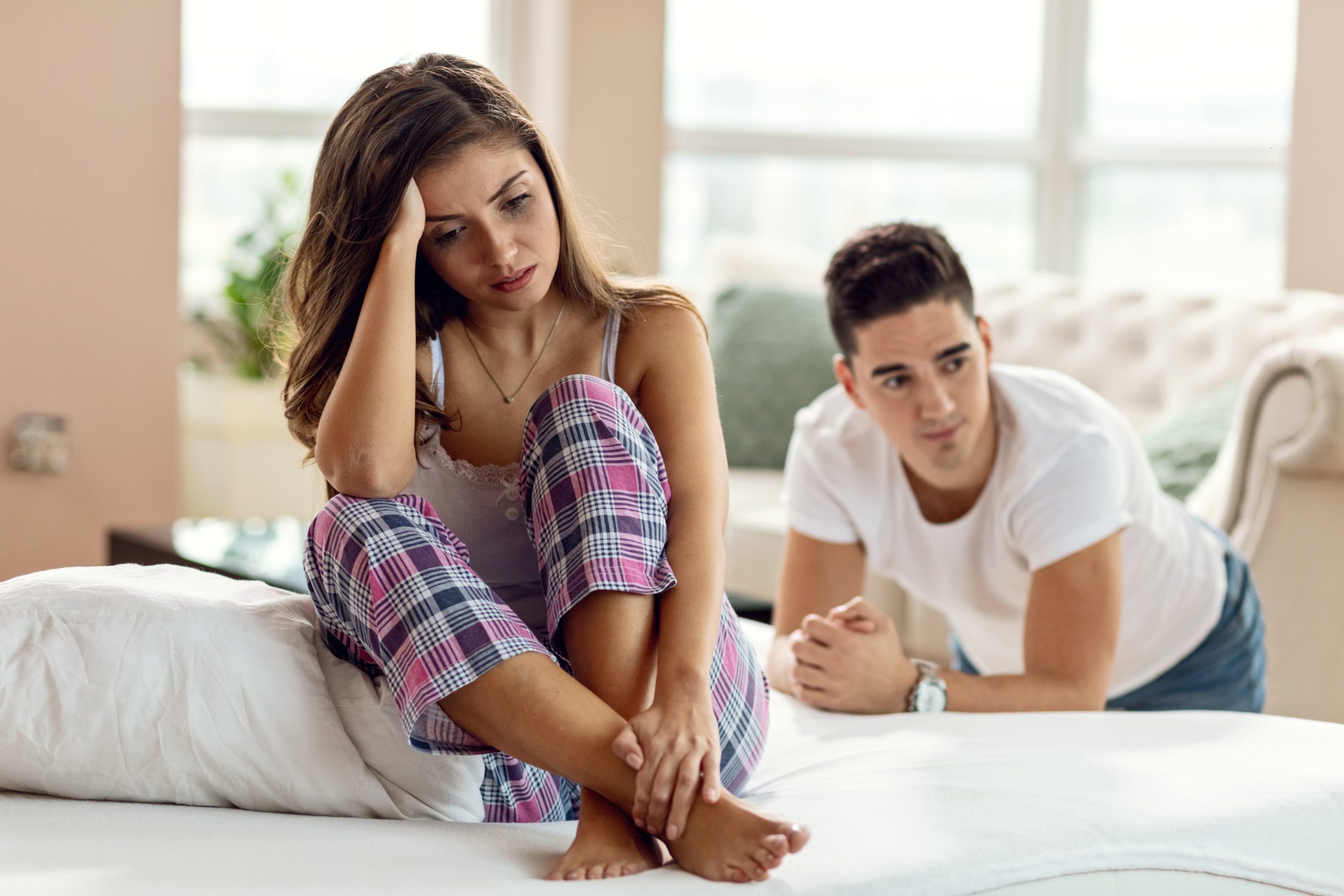 He isn’t ready for it, feeling like his emotions are not on the same level as yours.

There is a part of him that wants this relationship to work but isn’t sure whether he is capable of ever feeling how you do.

It is overbearing and scary for people when they know a partner or admirer has much stronger feelings for them.

This forces him to question where you two go from here.

His emotions don’t match yours and with this reality, it forces him to debate whether being in a relationship with you is worth it?

In choosing to go on, what future is there in the relationship?

He thinks about whether there is a possibility that his emotions for you grow over time to match yours.

What happens should he not match your emotions?

A future where he never reaches your magnitude of emotions and consequently breaking your heart is daunting to him.

As much as he doesn’t want to disappoint you, he fears that this is imminent.

None of these thoughts are improving his state of mind.

It makes him so nervous.

Your expectations scare him.

Whether he meets them or not remains to be seen, but he fears that he won’t.

On the flip side, it isn’t uncommon for a guy to get nervous when you reveal how you feel to him on account of him feeling likewise.

As guys do, he has repressed those feelings, but he has felt them.

Not wanting to chase you off by expressing his feelings too soon or come off as needy, he kept it to himself.

Once you revealed how you felt to him, he got nervous.

He knows that he feels likewise but at the same time, he is afraid of emasculating himself were he to inform you that he feels similarly.

Guys aren’t raised to embrace their feelings and express them.

They are taught to repress them.

Until now, he has been your alpha.

He has protected you physically, looked out for you, been a shoulder for you to cry on, stuck up for you when someone verbally insulted you, etc.

Currently, he is grappling with what to do about what you have revealed.

Does being candid in telling you that he shares the same feelings as you do turn him into a sap?

In telling you that he cares for you deeply or loves you, is he at risk of losing your respect?

It’s not that he never intends to reveal how he feels about you, it’s that he doesn’t know whether this is the right time to do it.

Although he knows how you feel, he isn’t convinced that it’s time he does the same.

Give him some time.

Knowing how you feel about him, there is potential that in a few days he feels empowered to let you know he feels likewise.

Hopefully, he reveals how he feels about you during this period.

Should he not, don’t be afraid to bring it up again.

But you do need to know where he stands emotionally, especially when you have been in this relationship for several months.

A relationship that has lasted a few weeks or less than a month doesn’t call for a revelation of how you feel to him nor asking him about his feelings.

On average, it takes 3 to 6 months to fall in love with a partner.

As long as you give it at least 3 to 6 months before your revelation, you are good.

A guy who hasn’t reconciled with how he feels about his partner within this time frame is a guy who is wasting your time.