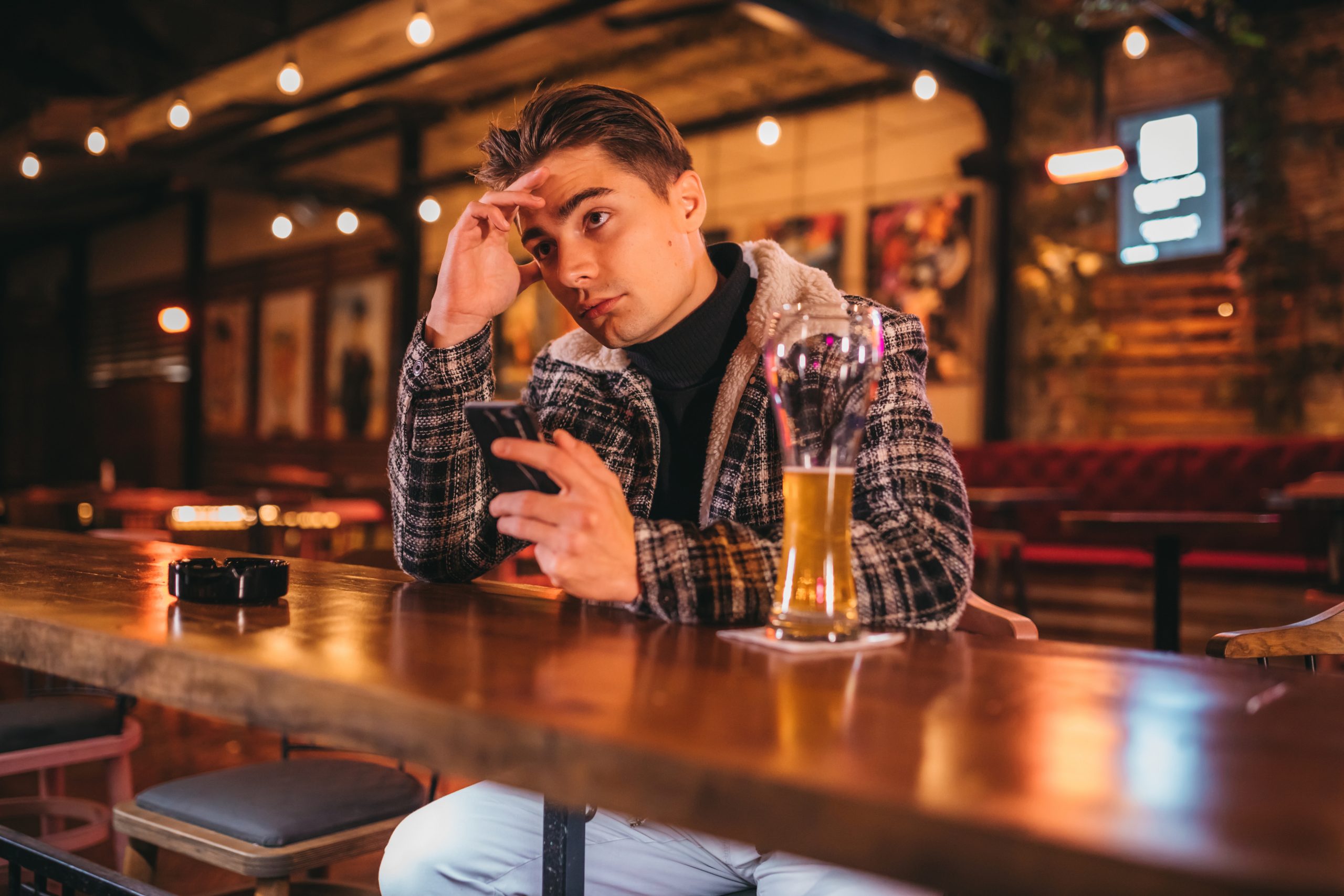 A woman who hasn’t answered a message is demonstrating that she isn’t interested in you.

Regardless of the connection you thought you had with her, her actions speak volumes.

Whether there have been good dates between you or conversations that lasted hours in the past, she is not showing signs that she is interested anymore.

Past chemistry isn’t indicative that present chemistry exists or that she wants to take this any further than it has gone so far.

You are not the first who has gotten caught up in your feelings over someone who was previously showing romantic potential.

Many have come before you.

Never lose sight of the reality that you are the one who has created these expectations in your mind.

This is where you create a future with this person that is filled with euphoric happiness and splendor.

That is in your mind.

It has nothing to do with reality.

What she is realistically experiencing isn’t guaranteed to be the same.

It doesn’t mean that she never felt a romantic connection with you.

A girl who feels a romantic connection with you is a good sign, but when it is so early in a courtship, that connection is flimsy.

Meaning, were you to say or do something that turns her off profoundly while courting her, losing that romantic connection isn’t uncommon.

This goes for what her friends and family are telling her about you too.

She has told a friend or family member about you.

Receiving negative feedback about you from a friend or family member is influential.

That alone turns her opinion of you upside down.

This forces her to lose the romantic connection.

Then, there is the ex factor.

An ex that comes back into her life that she has feelings for sets off an emotional reaction in her that leaves no room for you.

This wasn’t your fault.

You had no control over an ex coming back into her life, but such is life.

This is one of them.

Not answering your message is emblematic of all these circumstances, including the “other guy” factor.

Girls are approached or pursued by guys substantially more than guys.

You weren’t the sole guy going after her this whole time.

Although she felt an initial romantic connection with you, she was feeling the same with other guys.

Once she realizes that she is feeling a deeper romantic connection with some other guy who has been pursuing her, she doesn’t answer your message.

Her intention fixates on the guy who has established a deeper romantic connection with her.

He sent her a message before yours showed up.

That’s the message she replied to, as she has put you on the back burner.

Whatever you do, don’t keep messaging her.

Any chances she comes back into your life is ruined when you send her multiple messages she hasn’t responded to.

That screams of desperation.

Desperation is a turn off to girls.

Your job is done.

The onus is on her to answer your message.

It isn’t uncommon for girls to return a guy’s message weeks later, especially when a courtship with some other guy didn’t work out.

Get out there and talk to other girls.

In the event she messages you back, you have a choice to make.

Choosing to court her again means you accept that you weren’t her first choice.

Meaning, she is capable of dropping you like a hot potato the moment someone better comes along.